‘Unparalleled power’ must be tackled by governments, report urges 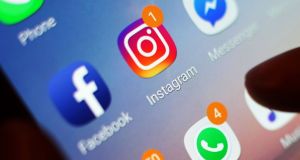 Surveillance by tech giants Facebook and Google poses a “systemic threat to human rights”, Amnesty International has warned in a new report, which calls for a “radical overhaul” of their core activity.

The Surveillance Giants report said the two companies’ business models were “inherently incompatible” with the right to privacy and also posed a systemic threat to rights such as freedom of opinion and expression, freedom of thought and the right to equality and non-discrimination.

“Their insidious control of our digital lives undermines the very essence of privacy and is one of the defining human rights challenges of our era.”

Amnesty said that while other tech companies – including Apple, Amazon and Microsoft – had accrued significant power, it was the platforms owned by Facebook and Google that have become fundamental to how people engage and interact with each other.

Users are paying for their fee-less services with their intimate personal data as they are constantly tracked through their web usage and through connected devices.

“The internet is vital for people to enjoy many of their rights, yet billions of people have no meaningful choice but to access this public space on terms dictated by Facebook and Google,” Mr O’Gorman said.

“Either we must submit to this pervasive surveillance machinery – where our data is easily weaponised to manipulate and influence us – or forgo the benefits of the digital world. This can never be a legitimate choice. We must reclaim this essential public square, so we can participate without having our rights abused.”

Governments must urgently take action such as the enforcement of data-protection laws and effective regulation of Facebook and Google in line with human rights law, Amnesty said.

As a first step, the companies should be prevented from making access to their service conditional on individuals “consenting” to the collection, processing or sharing of their personal data for marketing or advertising.

1 Brother is dragging his heels as executor of uncle’s will - is there anything I can do?
2 Should my mam wait for house prices to drop before buying?
3 Apple tax case: Four individual lawyers paid over €500,000 each
4 Stocktake: Has Warren Buffett lost the magic touch?
5 US takes aim at digital services taxes in EU
6 Irish whiskey sales near milestone of 12m cases a year
7 Man charged with stealing €31,000 from company account
8 Covid-19 mortgage breaks: What’s the catch?
9 Parts of Brown Thomas and Arnotts to reopen next week
10 Health insurance customers to get €180m in refunds
Real news has value SUBSCRIBE