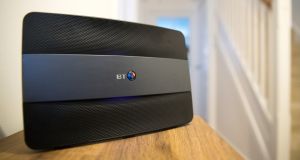 The UK Labour Party’s plans to nationalize BT’s broadband network and provide free service for all may force its leader, Jeremy Corbyn, to perform a delicate balancing act with European Union rules - and maybe even with his Brexit campaign pledges.

Some analysts responding to Friday’s announcement said the proposal raises legal issues. EU state aid rules aim to stop European governments subsidising a company at the expense of rivals across the bloc. They prevent states propping up failing companies, paying too much for a troubled company or avoiding taxes or charges that others have to pay.

However, the rules don’t automatically rule out nationalisation, said James Webber, competition lawyer at Shearman and Sterling in London.

“There may be a debate about their other proposal to also provide free broadband, especially when there is already a competitive market for this,” he said. “But even here EU law offers significantly more room than many people think.”

The purchase price of an asset is a key issue in questions about the legality of state aid. The rules forbid governments from overpaying for businesses, because that could unfairly bolster their competitive position, said Mohammed Khalil, senior consultant on state aid at economics consultancy Oxera. As far as state aid rules go, underpaying is fine, he said.

So Corbyn wouldn’t be able to fast-track nationalisation by splashing out for Openreach, which Jefferies analysts estimate is worth £13.5 billion (€15.8 billion).

However, a Labour government couldn’t low-ball BT shareholders either: the bloc’s human rights directives, currently mirrored in UK law as well as investor protection treaties Britain has signed with other countries, would force the government to pay market rates, said Chris Watson, head of the telecom, media and communication practice at CMS. Otherwise, it risks being accused of unfair confiscation, he said.

The Labour Party said the cost of nationalising Openreach will be £20 billion, and that investors would receive UK government bonds as payment for their shares.

Even if Mr Corbyn managed to find an acceptable price and nationalise Openreach into a new service, which Labour is calling British Broadband, his EU legal minefields wouldn’t be clear.

Providing free broadband and undercutting offerings from competitors such as Liberty Global’s Virgin Media would disadvantage investors who have bought into Openreach’s rivals on the expectation that they’d make a profit. It’s hard for BT’s rivals to do that if they face a competitor who doesn’t charge a price.

This could generate legal challenges from stakeholders in the private companies, who may claim that the government is favouring one business in an industry at the expense of others, something that would violate EU state aid rules, said Caroline Ramsay, expert in public procurement and state aid law at TLT LLP.

“When you go and nationalise an organization that’s already competing in a competitive market - and it is - that can create a risk of challenge,” she said. “However the state decides to keep British Broadband going, it’s probably not going to be on a commercial basis. That then means that they could be a beneficiary of state aid.”

Wouldn’t nationalisation of Openreach be easier if Britain were no longer a member of the EU? That would give a Labour-led government more flexibility on the price it pays for the asset, and help it worry less about the knock-on impact to competitors like Virgin Media or TalkTalk.

But Labour’s campaign platform states a preference for a post-Brexit relationship aligned on EU rules. A post-Brexit nationalisation plan would likely still need to account for the bloc’s state aid and human rights rules.

Mr Corbyn could avoid this by changing tack and arguing for a hard Brexit. If so, he would have to give up his central promise for a softer, worker-friendly divorce than what prime minister Boris Johnson is proposing.

Even with a Brexit deal that devolved antitrust oversight to the UK, “the Competition and Markets Authority would to some extent be tied by same rules as the European Commission imposes today,” said Oxera’s Khalil. “So it’s only in a very hard, rigid, Brexit no-deal that it may be easier to have more control over your industrial policy.” – Bloomberg