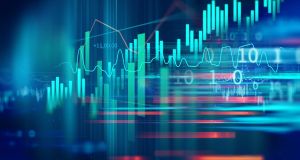 Mather has worked with more than 600 publications worldwide managing digital and print subscriptions with clients including USA Today, Fairfax Media and APN

Mediahuis, the media group which acquired Independent News & Media in a €145.6 million deal earlier this year, has taken a 35 per cent stake in the US business consultancy Mather Economics.

Financial details of the transaction have not been disclosed.

Mather was founded in 2002 and is an Atlanta-headquartered firm that offers data analytical tools for companies in the publishing industry to increase subscriber revenue yield, operating margins and reader engagement, as well as reducing churn. It has worked with more than 600 publications worldwide managing digital and print subscriptions with clients including USA Today, Fairfax Media and APN.

The company’s solutions are in use on 40 of the top 100 newspaper websites in north America and it also has clients across Europe, Asia and Australasia.

Mediahuis said the investment would accelerate Mather’s international growth plans and help support its entry into other industry sectors.

“Mather’s experience in the area of subscription flows, subscriber yield management, pricing strategy optimisation, customer loyalty and retention is of great added value, not only for Mediahuis, but also for other publishers worldwide,” said Paul Verwilt, chief operating officer at the Belgian group.

European households spend an estimated 5 per cent of their total budget on subscription models such as telecom, music and television. Mr Verwilt said Mather’s expertise in providing data-driven solutions, predictive modelling and technical platforms, can help companies in those industries to further grow revenues.

Mediahuis was formed in 2013 following the merger of two Belgian publishers. It grew rapidly through acquisition before branching out into the Netherlands in 2015 and again in 2017. With more than 4,000 employees, the group has an annual turnover of in excess of €1 billion.

Mediahuis’s bid for INM in May came via a hat-trick of stock exchange announcements revealing first the price, then the backing of INM’s biggest shareholders Denis O’Brien and Dermot Desmond, followed by the acquisition of a 26 per cent blocking stake by the Belgians that deterred other potential bidders.

INM last month announced plans to shut it printing press at Citywest in Dublin after almost two-thirds of 84 staff applied for voluntary redundancy.