The pay-TV group announced an operating profit of €1.19bn 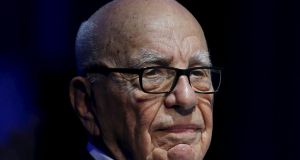 European pay-TV group Sky said the number of customers deserting the service in its key home market had remained steady in the third quarter, helping it to reiterate its targets for the full year.

The company, which has accepted a buyout offer from Rupert Murdoch’s Twenty-First Century Fox, had unnerved investors in January with a rise in customer defections. But the group said on Thursday that churn had remained steady despite it announcing new price rises. Operating profit for the nine months exceeded £1 billion (€1.19 billion).

“Despite the broader consumer environment remaining uncertain, we continue to deliver on our strategy and are on track for the full year,”