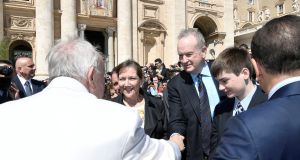 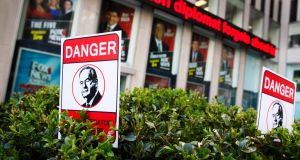 Bill O’Reilly has lost his job at Fox News Channel following reports that five women had been paid millions of dollars to keep quiet about harassment allegations.

In a statement, 21st Century Fox said that “after a thorough and careful review of the allegations, the company and Bill O’Reilly have agreed that Bill O’Reilly will not be returning to the Fox News Channel”.

He had been scheduled to return from a holiday next Monday. O’Reilly was photographed in Rome shaking Pope Francis’s hand on Wednesday.

O’Reilly said in an April 1st statement that he had been unfairly targeted because of his public prominence.

Marc Kasowitz, O’Reilly’s lawyer, said in a statement on Tuesday that the television host “has been subjected to a brutal campaign of character assassination that is unprecedented in post-McCarthyist America”.

The New York Times reported on April 1st that Fox and O’Reilly, a 20-year veteran of the conservative cable network, paid five women a total of $13 million to settle harassment claims. O’Reilly said in the statement at the time that he had settled only to spare his children from the controversy.

The five women who received settlements either worked for O’Reilly or appeared as guests on his programme, according to the New York Times story.

Fox News anchor Laurie Dhue accused O’Reilly and Fox News founding chairman Roger Ailes of harassing her, but not sexually, and Juliet Huddy, a regular guest on O’Reilly’s show, accused him of pursuing a sexual relationship with her and trying to hamper her career after she rejected his advances, the newspaper reported.

The largest settlement was a payout of $9 million in a sexual harassment lawsuit former Fox News producer Andrea Mackris brought against O’Reilly in 2004, according to the New York Times.

Ailes was forced to resign in July after being accused of sexual misconduct by a number of women, including former anchor Gretchen Carlson. Ailes has repeatedly denied any wrongdoing.

The O’Reilly Factor is the most watched programme on Fox News and is coming off the highest-rated first-quarter in its history, averaging four million viewers, according to Nielsen.

The network has continued to enjoy high ratings despite the exodus of advertisers from O’Reilly’s show and a spate of allegations that executives turned a blind eye to sexual misconduct there.

1 Bank leaked my loan request to family who tried to rip me off
2 Solar panels: How do they work - and are they worth it?
3 Commercial vacancy rates increased in all provinces last year
4 UK lays down red line for Brexit trade talks
5 Boris Johnson's new immigration regime will damage much more than industry
6 McEvaddy brothers to continue to back Irish aviation firm
7 When the Chemistry no longer works – the closing of a leading Irish ad agency
8 Revolut valued at $5.5bn after latest fundraising
9 EU and British positions harden ahead of Brexit talks
10 How can I view my dead brother’s will if I’m not the executor?
Real news has value SUBSCRIBE