Fate of moviegoing after Covid-19 depends upon survival of large, indebted operators 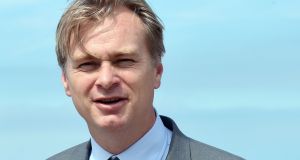 Christopher Nolan, director of The Dark Knight, Dunkirk and Tenet, is one of the signatories to a letter calling on the UK government to support all cinemas. Photograph: Francois Lo Presti/AFP

Christopher Nolan is a busy man. Among other acts of advocacy for his industry, the influential British-born film director has been putting his name to letters asking governments to bail out cinemas.

This week, he is among the 40 key figures from the UK film industry – others including Steve McQueen, Ridley Scott and Bond producers Barbara Broccoli and Michael G Wilson – to write to British chancellor Rishi Sunak calling on financial support for UK-based cinemas so that future generations “can enjoy the magic”. This follows a similar plea to US Congress in October – co-signed by Nolan, McQueen and dozens of others – to intervene and save the moviegoing experience that has been “central to American life”. The implication here is that this experience will not survive the pandemic.

The UK letter eye-catchingly argues that while specific financial help has already been made available to smaller independent cinemas, the larger operators need assistance, too. Without the likes of Cineworld or Odeon-owner AMC, the future of the film industry “would look extremely precarious” – in true cinematic fashion, it “stands on the edge of an abyss”.

A similar logic applies to the Irish moviegoing experience. The Irish-owned independents, some of which were in receipt of public money before the pandemic, are eligible to apply for grants from Screen Ireland ’s cinema stimulus fund, but this support is not intended for the international giants. Indeed, given the size of the debts at some of these over-extended chains, the kind of funds the Government here could offer would be immaterial either way.

But it is not ridiculous to think that maybe some government should step in. As the UK letter notes, the larger operators represent more than 80 per cent of the market and constitute its critical mass.

A minority of arthouse loyalists don’t see the extent of this big, bleak picture, believing the cavernous popcorn-sellers to be of lower priority than the more refined establishments they love. The problem with this view is that there is no real separation between them. Not only do the multiplexes serve as audience “recruiters” for the arthouses, the economics of film distribution and production depend upon them being open and thriving. If they can’t thrive again soon, that really will be all, folks.