RTÉ forecasts €36m deficit for 2020 due to fallout from Covid 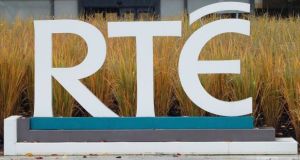 RTÉ told the Government that it was forecasting a deficit of €36 million for 2020, with Covid-19 significantly deepening the financial crisis at the organisation, according to a report in the Sunday Independent .

In a confidential outlook statement for 2020 to brief newly-appointed Ministers on the state of the organisation’s finances in late June, RTÉ said that it had originally forecast net losses of €10.7 million for the current year, the report states. But the deficit was expected to increase by €25 million given falls in licence fee income and ad revenue since the onset of the pandemic.

However, a spokesman for RTÉ said that its finances had improved in recent weeks and that it now hoped to report a significantly lower deficit for the year end. It is understood that the deficit is more likely to be between €10 million and €20 million, although the situation remains volatile.

The Business Post is reporting that the Government is attempting to secure up to two million early doses of one of the most promising Covid-19 vaccines as it prepares to recall the Dáil early amid the ongoing fallout from the “Golfgate” controversy.

The political storm over the attendance of senior figures at an Oireachtas Golf Society dinner in Galway on Wednesday night continues to rage this weekend. It has already led to the resignation of Dara Calleary from his position as minister for agriculture and now threatens the position of Phil Hogan, the European trade commissioner, the report said.

It comes as the Government is set to pay a deposit of several million euro to take part in an EU scheme that would give the country advance access to the Covid-19 vaccine being developed by Oxford University and AstraZeneca, the pharmaceutical company, should it prove successful. Government sources confirmed the move this weekend

Lack of liquor licence leaves cafes in the cold

The boss of the Restaurants Association of Ireland (RAI) said it is “totally unfair” that many cafe owners have found themselves locked out of a €26 million fund for tourism and hospitality businesses to prepare their premises for Covid-19 safety measures, according to a report in the Irish edition of the Sunday Times. The Covid-19 Adaptation Fund, administered by Fáilte Ireland, provides grants of between €500 and €15,000 to help cover costs such as installing perspex screens, developing outdoor areas and providing personal protective equipment.

The Sunday Independent also reported that Hines Global Income Trust, a subsidiary of international property giant Hines, has said the cost of closing and renovating its Montrose student accommodation in Dublin due to fire safety concerns could be $11 million(€9.3 million).

The subsidiary, which is understood to have no bearing on Hines’s other Irish assets, including Cherrywood, also revealed it may escrow certain interest payments or reduce the outstanding principal of its $25 million mortgage at the property.

In its latest results, the company revealed it closed the residential accommodations at Montrose for the upcoming 2020/2021 college year so as to carry out renovations including the replacement of some safety equipment systems.

Cinamol is involved in development projects including a €41 million plan to build more than 100 buy-to-let apartments in north Dublin. The company was affected by the restrictions on non-essential businesses during the Covid-19 pandemic, according to notes to its financial statements.