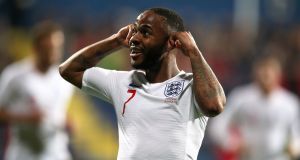 The Premier League’s 20 clubs made record revenues of £4.827 billion (€5.487bn) in 2017-18, paying total wages of £2.8 billion, a new Guardian analysis of the clubs’ most recently published annual accounts has revealed.

The combined income of the football clubs, in the second year of the league’s £8.4 billion TV deals from 2016-19, confirms the Premier League’s financial dominance over all other leagues in Europe, which has underpinned four of its clubs claiming all the places in next week’s finals of the Champions and Europa League.

The gap with English football’s top flight is widening further despite the Europe-wide boom in the game’s popularity and TV income, due largely to the Premier League’s lucrative international TV rights and its top clubs’ European success in itself, which means they earn handsomely from Uefa TV and prize money.

The financial gap between the Premier League, whose clubs’ combined revenues were up more than £300 million on the 2016-17 season, and Europe’s other top leagues is one principal motivation for the campaign by the Juventus chairman, Andrea Agnelli, and others in the European Club Association to reshape the competition structures when the agreed calendar ends in 2024. Their efforts, fiercely opposed by the European Leagues group, are focused on expanding the Champions League to give top clubs more prestige matches on a European TV platform, which would bridge the domestic leagues’ revenue gaps. – Guardian service

AIB’s mortgages sale, Brexit warnings and wherefore Ulster Bank? 06:30
Career opportunities? The ones that just may knock 05:30
White knights or loan book cannibals – what will happen at Ulster Bank? 05:21
‘Make plans but don’t hold on to them too seriously’ 05:20
AIB revives €1bn-plus problem mortgages sale 05:01
Search executive
jobs on irishtimes.com