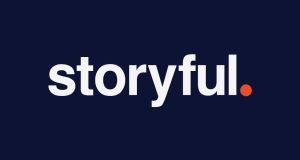 The Dublin-based company, which uses social media feeds, user-generated content and proprietary technology to frame news reporting, was sitting on accumulated losses of more than €15 million at the end of June 2017.

Storyful was founded by former RTÉ journalist Mark Little in 2010 and subsequently acquired in a deal valued at €18 million by News Corp in 2013.

While it began as a so-called “social news agency”, Storyful has in recent years expanded to help brands better manage their corporate reputations.

Storyful received €12 million in fresh equity from News Corp last June. Prior to this it received €4.5 million from its parent in September 2016 and a further €7.2 million in November 2017.

Combined this brings to €29.2 million that News Corp has ploughed into the subsidiary since mid-2016, and to €35.3 million in total since it acquired the company.

“News Corp has continued to invest in Storyful as it expands its social media intelligence service for media and corporate partners around the globe,” said a spokesman for the parent company.

“In the past 12 months, Storyful increased capabilities to serve partners and help them meet the challenges of the modern digital media environment. The business will continue to grow its service for media and corporate partners while scaling its ability to deliver best-in-class social journalism and intelligence services,” he added.

After staying with Storyful after its acquisition, Mr Little left in 2015 to briefly lead Twitter Ireland. More recently, he co-founded Kinzen with Áine Kerr and Paul Watson.