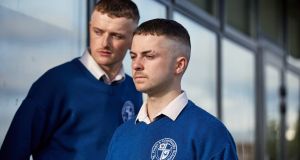 ‘The Young Offenders’. Windmill Lane Pictures worked on the programme.

Windmill Lane Pictures, the film studio that worked on Love/Hate and Young Offenders, has appointed Tipperary accountant Brendan Binchy as its new chairman.

Mr Binchy, the Europe chief executive of global business consultancy, ROCG, was previously the chairman of Voxpro, which was sold last year by Dan and Linda Kiely for €150 million.

Dave Quinn, chief executive of Windmill, pointed to Mr Binchy’s long career as a consultant to several businesses, which he said would make available “knowhow” to the media company’s management team.

Mr Binchy said Windmill is “pushing the boundaries of creativity” in its industry.

The Dublin studio, which was originally founded by James Morris, was associated with U2 in the band’s early years. It now specialises in post-production for screen, as well as making corporate commercials.

It has recently worked on animated projects such as Danger Mouse and Transformers. Its upcoming projects include a film for high-profile director, Neil Jordan.