Digital media group behind Her.ie and Joe.ie secures up to €6 million from BMS Finance 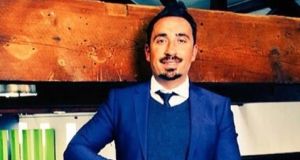 Maximum Media founder Niall McGarry is aiming is to build a “€100 million business”.

Maximum Media, the digital media group that owns brands including Her.ie and Joe.ie, has struck a major funding deal to finance rapid expansion in the UK.

Maximum has secured up to €6 million in funding from BMS Finance, a boutique SME lender that specialises in so-called venture debt. Maximum will initially draw down €2.5 million but may access the rest if and when required.

The company, founded by Mayo tech entrepreneur Niall McGarry and also backed by former Ireland rugby star Jerry Flannery, will put some of the cash towards the expansion of production facilities in Manchester and London.

It will also accelerate the expansion of its existing brands in the UK, where it employs about 65 people. Maximum employs another 100 staff in Ireland.

Maximum will soon launch Football Joe, a new offshoot brand aimed at the game’s fans in Britain. It is also planning the launch of a new UK-focused business show.

It is considering extending the female-focused Her brand to the UK. Staff numbers there are expected to at least double in the medium term.

Its employee numbers in Ireland are also expected to rise by a fifth to 120 over the next 12 months.

Mr McGarry said the aim is to build a “€100 million business”. Maximum opted for venture debt as an alternative to giving up a further slice of equity in a traditional shares-based fundraising: “We’ve been very keen to retain ownership.”

Last year, it raised about €1.1 million from Irish investors under an incentivised expansion scheme.

Maximum is on course for revenues above €14 million this year. Almost two-thirds is expected to come from the profitable Irish business, which was launched with Joe.ie in 2010. Its three-year-old British operation is expected to contribute about £5 million as the pace of expansion picks up.

In 2017, Maximum generated total British revenues of about £2.1 million. In its most recent quarter alone, however, it recorded about £1.7 million. Some of the BMS cash will also go towards funding working capital requirements of the UK expansion.

“A lot of big new shows and big-name hires are in the pipeline and will be released shortly,” said Mr McGarry, who worked alongside Mazars to secure the funding.

“We were impressed with the [Maximum] management team and the historic growth rates delivered to date and investment plans going forward,” said Shane Lanigan, a director of BMS, which is a partner with the State in a €30 million SME fund.