Is new Communicorp chief the man to offload Newstalk? 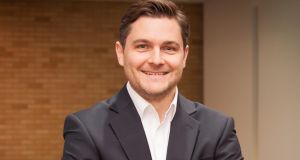 Adrian Serle: new chief executive of Denis O’Brien’s radio group believes that “more businesses should be run as if owned by private equity”.

Adrian Serle is the incoming chief executive of Denis O’Brien’s radio group Communicorp, but just who is Adrian Serle and how will he be running the company? His LinkedIn profile summary provides a clue.

“I love the opportunity to help brands create brilliant, engaging and stimulating creative concepts,” begins the “leadership and business consultant”, who has worked in the media sector for 20 years.

But that’s not the part that has widened some eyes within Communicorp. No, it is his fond remarks about private equity that are proving particularly illuminating. Noting that he recently led the sale of Birmingham-based radio group Orion Media to Bauer Media Group, Serle makes something of a mission statement.

“I believe that more businesses should be run as if owned by private equity. The ability to make decisions quickly, the ability to be very clear about business objectives, and the ability to do what you believe is right is so refreshing,” he says.

The way private equity types run businesses, of course, is always with the “investment horizon” in mind: whip the top and bottom line into shape, eliminate the “fat”, keep them lean, hope they’re keen, sell up, cash in.

The revelation that INM chief executive Robert Pitt and its chairman Leslie Buckley clashed over the price INM might have paid for Communicorp’s Newstalk has raised questions about the goings-on in the INM boardroom.

But at the parts of Communicorp that are not Newstalk, the most pertinent fact that emerged was that Newstalk was – at least at one stage – being considered for sale separate to the rest of the group. They would not be all in this together.

Notwithstanding the failure of the INM-Newstalk deal to progress, the episode lends support to predictions that Newstalk, a more cost-heavy enterprise than its music-led sister stations, could end up under new ownership, while the rest of Communicorp may be destined for an entirely separate shop window.

As for Serle, when he says he hopes his next venture will be “as stimulating, challenging and exciting” as his last, the phrase be careful what you wish for springs to mind.