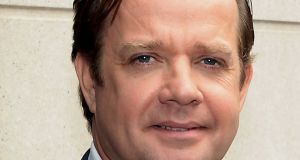 TV3 managing director Pat Kiely: “I am confident that our new three channel structure will drive the future potential and long-term growth of the business.” Photograph: Brian McEvoy. 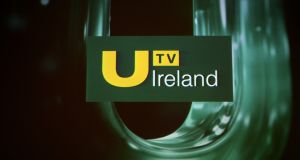 Redundancies will be “unavoidable” at UTV Ireland following TV3 Group’s completion of its deal to buy the channel, the broadcaster said.

“The proposed changes may result in unavoidable redundancies in UTV Ireland but where possible, staff will be offered redeployment opportunities within TV3,” a statement released by owner Virgin Media Ireland said.

The two companies will consolidate as one business under the restructuring programme, with the UTV Ireland operation leaving its current premises at Macken House in Dublin’s Docklands and moving to TV3’s headquarters in Ballymount.

TV3, which also owns 3e, confirmed its intention to continue to operate three free-to-air television channels. UTV Ireland is expected to rebrand before the end of the year.

“We can now also play an increasingly bigger role in the development of Irish originated production and broadcasting. I am confident that our new three channel structure will drive the future potential and long-term growth of the business.”

Virgin Media Ireland is a subsidiary of Virgin Media in the UK, while its ultimate parent company is the global cable giant Liberty Global, backed by billionaire John Malone.

Losses at TV3 deepened to almost €17 million in 2015, the year in which it was bought by Virgin, as it battled what was then new competition in the shape of UTV Ireland. The group is already in a stronger financial position and has moved the ITV-distributed soap operas “Coronation Street” and “Emmerdale” back to TV3, the “flagship” channel in the group.

1 Who are Ireland’s 17 billionaires?
2 My father in a nursing home wants to gift me his house
3 State subsidises public sector retirees to cover gap until State pension
4 Are there annual limits on inheritances or gifts to a child?
5 Swiss police suspect Davos plumbers of being Russian spies
6 Corporate tax change is inevitable, says Donohoe
7 O’Flynn says subsidiary ‘mistakenly ’ sought permission for student apartments in Birmingham
8 Property firm sues engineering company over waterproofing of basement
9 Insolvency arrangement approved for man with €60 million in debts
10 Help, I’ve no PRSI stamps – can I still get a pension?
Real news has value SUBSCRIBE

O’Flynn says subsidiary ‘mistakenly ’ sought permission for student apartments in Birmingham 17:57
Time running out for those wanting to avail of SBCI ‘future growth’ loans 17:35
Profits rise 22% at Gucci Ireland 17:22
EasyJet sees improvement in first half on robust demand for flights 17:22
Disney Plus and Baby Yoda available to Irish subscribers the week after St Patrick’s Day 16:47
Search executive
jobs on irishtimes.com