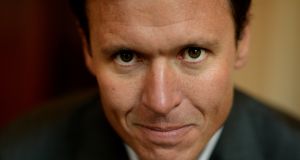 The broadcaster on Friday cancelled The Anton Savage Show which had been running on weekday mornings since January, 2015 following the departure of Ray D’Arcy to RTE.

It is understood declining audience figures played a part in the decision while the station is also looking to revamp its content and lower the typical age of its audience.

On Friday night, there was no sign of a profile for The Anton Savage Show among other programmes listed on the Today FM website.

In a statement through the official Twitter account, Mr Savage said the end had come as a result of several disagreements between himself and management.

He said he was “hugely disappointed” not to be able to continue working with his team or to have an opportunity to say goodbye to his listeners.

The Anton Savage Show received the PPI Award for magazine show of the year in 2016 but there had been a decline in listenership for its timeslot.

The Joint National Listenership Research (JNLR) survey for April 2015 to March 2016 reported that after its first full year on Today FM, The Anton Savage Show had an audience of 175,000, 40,000 lower than the listenership inherited from Ray D’Arcy.

Details of a change of schedule at Today FM will be announced early next year. It is understood the 9am to 12 noon slot occupied by Mr Savage will be recast in terms of style and content with a view to attracting a younger demographic, targeting audiences in their early-thirties.

The average age for The Anton Savage show was about 37 with the audience divided almost equally between male and female listeners.

Today FM chief executive Keith McCormack said in a statement on Friday: “Following a detailed review of the schedule, the station is in the process of refreshing its line-up and focus.

“As part of this we have decided that we will not renew Anton’s contract. I would like to thank Anton for his commitment and dedication to the station and I wish him the very best with his career.”