Britain’s deal with Nissan could hit an EU roadblock

EU competition rules still apply, so Theresa May could face a bumpy road to Brexit 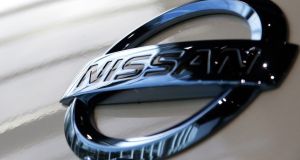 The big question for the European Commission is what assurance did the UK government give the Japanese manufacturer to persuade it to stay in the country? Photograph: Tomohiro Ohsumi/Bloomberg

As the complex preparations for Brexit get underway in London and Brussels, there have been few signs from Downing Street of any concrete plans of how it plans to clinch the holy grail of single market access while still “taking back control” of immigration.

One intriguing sliver of information, though, has emerged from the fog of Brexit.

British prime minister Theresa May persuaded Nissan, a major employer in the north-east of the country, to expand production in its Sunderland plant. The big question is, of course, what assurance did the government give the Japanese manufacturer to persuade it to stay in the country?

Unsurprisingly, Ms May and her team have politely declined to disclose any details, repeating the mantra that the government would not be giving a “running commentary” of its Brexit strategy.

That may not be good enough for the European Commission, however. Unlike Donald Trump, who this week struck a deal with an air-conditioning company, Carrier, to keep 1,000 jobs in Indiana, Britain is bound by EU state aid rules while it remains an EU member.

Competition commissioner Margrethe Vestager was asked about the issue this week. “Before we know more, we have no concerns,” she said, but, significantly, the commission is looking into the matter.

As Ireland knows well, Brussels has no qualms about pursuing countries on the back of indirect reports – after all, it was a US Senate committee hearing that prompted the Apple probe.

This should be worrying for Britain. It is still unclear if the country will be bound by EU state aid rules when it leaves the bloc, though it is very likely to be if Britain secures significant single market access. At the very least, adherence to EU competition law is likely to be part of any transitional deal for Britain, which could span years, leaving the commission plenty of time to pursue a case.

Meanwhile, the opposition in Britain has called on the government to publish all details of offers made to Nissan, amid alarm that the government is pursuing an ad-hoc industrial strategy.

The Nissan deal may have staved off the imminent departure of a large employer, but the long-term consequences could be storing up more problems for the future.