Newspaper publisher has called staff to a meeting on Friday 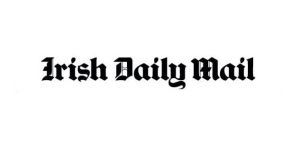 DMG Media Ireland, the publisher of the Irish Daily Mail and the Mail on Sunday, is expected to announce job losses after the company did not receive the voluntary redundancy applications it was seeking.

A number of editorial staff from the print operation of the Irish Daily Mail are now understood to have been called to a meeting on Friday at which they will be told that the cutbacks have moved to a compulsory redundancy stage.

DMG Media signalled in March that this would be the next step if the proposed voluntary scheme was undersubscribed. However, it is understood that some applications for redundancy from the digital side of the business were not accepted.

The company, which employs 156 staff in Dublin, last month said the redundancies were triggered by falling newspaper sales and declining advertising revenue.

The latest figures from the Audit Bureau of Circulations show the Irish Daily Mail’s print circulation in the Republic fell by nearly 20 per cent to 29,654 in the second half of 2018.

Employees who are made redundant will be offered the same terms as the voluntary scheme offer of six weeks’ pay per year of service.

This includes two weeks’ statutory redundancy pay capped at weekly earnings of €600, plus another four weeks of pay per year served, with service under the scheme to be capped at 25 years.