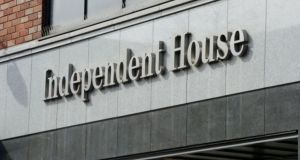 Independent News & Media (INM) has defended contacts between its largest shareholder, Denis O’Brien, and its then chairman, Leslie Buckley.

It has described as “misguided” concern expressed by the Director of Corporate Enforcement, Ian Drennan, who is seeking the appointment of High Court inspectors to INM.

Mr Drennan has expressed serious concern about the contacts, which occurred during a controversy within INM over a proposed purchase of the Newstalk radio station.

He was referring to text exchanges between Mr O’Brien and Mr Buckley about who might conduct a review of the dispute which arose after it was claimed that Mr Buckley was pressing for the purchase of Newstalk by INM at a price that was significantly higher than INM had been advised it was worth.

Newstalk is owned by Mr O’Brien’s Communicorp group. Mr Buckley is a long-time business associate of Mr O’Brien’s and was his nominee on the INM board.

The board at INM decided to initiate a review after its then chief executive, Robert Pitt, made a protected disclosure claiming Mr Buckley had pressed for the purchase of Newstalk at a price that was more than €10 million above the value put on it by INM’s advisers, Davy.

In an affidavit resisting the appointment of inspectors, INM director Dr Len O’Hagan, on behalf of the media group, said Mr Drennan’s concern about the contacts between Mr O’Brien and Mr Buckley was “misguided”.

Mr Drennan said the contacts led to the appointment of one candidate for the role of independent reviewer being dropped and that it was “wholly inappropriate” that Mr O’Brien should have “any role” in the elimination of potential candidates for conducting the review.

In his affidavit Mr Drennan also expressed concern about a contact between Mr O’Brien and an INM adviser from Davy, Ivan Murphy, and quoted exchanges that indicated that in the wake of these contacts, Mr Murphy held a meeting with Mr Buckley’s son, John Buckley, apparently to discuss the INM controversy.

In the wake of Mr Murphy’s meeting with Mr O’Brien, Mr Murphy gave evidence to the independent reviewers which, Mr Pitt claimed, was different to what Mr Murphy had said to Mr Pitt at the time the Newstalk sale was being proposed.

In his affidavit, Dr O’Hagan noted it appeared Mr Murphy had not accepted that there was any inconsistency between what he told the independent reviewers and what he had said earlier to Mr Pitt. “I would simply note that the ODCE appears to have adopted Mr Pitt’s account in that regard,” Dr O’Hagan said.

Dr O’Hagan said INM does not assert that the sharing of certain information by Mr Buckley with Mr O’Brien was “in every respect appropriate”, but said INM does not believe there was a breach of any market rules or other laws.

If Mr Drennan’s office believes otherwise, he said, it has the appropriate powers to allow it take the necessary steps.

He also said that there was no suggestion in Mr Drennan’s affidavit that the information given to Mr O’Brien was used in dealing in INM shares or any other unlawful purpose.

Mr O’Brien has yet to comment on the INM controversy and his spokesman did not return a call yesterday. Mr Buckley’s spokesman said he had nothing to add to an earlier comment in which he said he would defend himself from all allegations.