Greencastle completes purchase of JOE and Her media brands 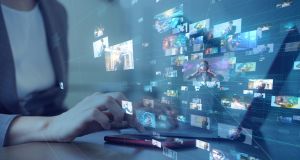 Greencastle said the coming months would see “significant investment in the organisation” and identified its data and insights division as a priority. Image: iStock

Greencastle Capital has completed the acquisition of Maximum Media Network, the owner of the JOE and Her brands. The closure of the deal follows creditor and court approval and Irish media merger clearance received earlier this week.

The venture capital firm has signed a management services agreement with London-listed company Iconic Labs, a new media and technology business, for Iconic to manage JOE and Her, while the company that operates the digital media brands will be renamed as JOE Media and Her Media.

Greencastle said the coming months would see “significant investment in the organisation” and identified its data and insights division as a priority. Existing JOE shows GAA Hour, Unfiltered and House of Rugby will “continue to thrive”, it said, alongside new content and “fresh talent”.

The development of the Her brand in Ireland would be “a key strategic focus”, it added, with new Her shows focusing on lifestyle, entertainment and sport to be announced soon.

The acquisition follows Greencastle’s purchase of JOE’s UK business out of administration earlier this year.

Maximum Media was founded by Niall McGarry in 2010 and expanded fast. Mr McGarry stepped back from operational involvement in the Irish business at the end of 2019, following controversy over the use in 2017 of a so-called “click farm” to inflate listenership numbers on a sponsored podcast.

The Irish company went into examinership in June.

Iconic Labs chief business officer Liam Harrington said this was “a new beginning” for JOE and Her in Ireland.

“We also appreciate it has been a trying period for staff, exacerbated by the challenges presented by the current external environment. We wish to thank them for their continued hard work and dedication through these challenges,” he said.

“ The level of talent amongst the team is truly outstanding and we want to create the right environment for that talent and creativity to flourish.”

Greencastle Capital partner Paul O’Donohoe said it would now proceed to “fully integrate” JOE’s UK and Irish operations, with the headquarters based in Dublin.

“ We believe in running the business profitably and doing so is the only way we can achieve a position of strength as a company to develop the ancillary opportunity areas that we foresee. JOE and Her are important Irish brands for the media landscape here and have the potential to become internationally renowned names.”