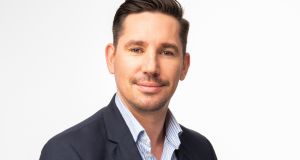 Communicorp Media, the radio group owned by Denis O’Brien, has appointed Simon Myciunka as its next chief executive, with effect from January.

Mr Myciunka is being promoted from his role as commercial director of Communicorp, which he has held since 2017. He replaces Adrian Serle, who is stepping down at the end of the year.

Communicorp chairwoman Lucy Gaffney said the appointment had been made “following a very competitive process” and that Mr Myciunka brought “a wealth of experience” to the role.

He will oversee all of Communicorp Media’s interests, including national stations Today FM and Newstalk, local music stations 98FM, Spin 1038 and Spin South West, and the group’s digital platforms AudioXi and GoLoud.

Before joining Communicorp, Mr Myciunka was regional director for Celador in the UK, where he was responsible for the business operations of the group’s radio stations. He also spent a decade at Global Radio, where as part of his senior commercial roles he helped to launch the Capital and Heart radio brands in the north-east of England.

Mr Serle is leaving after four years in the chief executive position. By the end of the first year of his tenure, he oversaw a ban on journalists from The Irish Times appearing on stations owned by Communicorp, after columnist Fintan O’Toole wrote that Newstalk was “staggeringly and systematically sexist”.

Journalists from digital business publication The Currency were also subject to a ban last year. Although this one has since been lifted, its founders have said they won’t appear on Communicorp stations while the ban on The Irish Times journalists is maintained.