University of Limerick was the most successful organisation, winning six awards 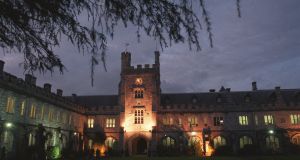 University College Cork. It’s University Express newspaper has taken the top prize at the National Student Media Awards. The publication, edited by Ciaran Dineen, was named Newspaper of the Year.

The publication, which was edited by Ciaran Dineen, was named Newspaper of the Year at the awards ceremony, which was celebrating its 20th year. The award is sponsored by The Irish Times and was judged by news editor Mark Hennessy.

The awards, which are organised by student website Oxygen.ie, received more than 1,000 entries from student journalists, broadcasters, and producers. They took place via a Zoom webinar due to the coronavirus pandemic.

In addition to this, UL’s college website, An-Focal, won Website of the Year for the second year in a row.

The Editor of the Year award went to Conor Capplis of UCD’s the College Tribune.