Brexit drives down profits and advertising revenue at ITV 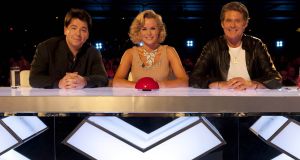 Broadcasting giant ITV has reported a fall in half-year sales and profits as advertising revenue continues to dip following the Brexit vote and economic uncertainty.

The group, home to shows such as The X Factor and Broadchurch, said net advertising revenues dropped 8 per cent to £769 million as it pointed to “continued economic and political uncertainty”.

ITV’s total external revenues, including advertising, programme sales and online, fell 3 per cent to £1.45 billion in the six months to June 30th.

Statutory pre-tax profit slumped 16 per cent to £259 million in the period as chairman Peter Bazalgette said advertising revenue is again likely to continue its downward trajectory.

“ITV’s performance in the first six months of the year is very much as we anticipated and our guidance for the full year remains unchanged.

“We expect ITV Family net advertising revenues in quarter three to be down around 4 per cent, again impacted by wider economic uncertainty, and over the full year we expect to outperform the TV advertising market,” he added.

ITV Studios revenue rose by 7 per cent to £697 million as it benefited from new dramas including Unforgotten, Little Boy Blue and The Loch.

In March, ITV blamed Brexit vote uncertainty for its first drop in full-year advertising revenues since 2009 and warned over further falls as ad spending remains under pressure.

Earlier this month, ITV announced that easyJet boss Carolyn McCall is to join the firm as the broadcaster’s first ever female chief executive in January after Adam Crozier stepped down at the end of June.

The firm said it is on track to deliver £25 million of cost savings and a £25 million reduction in its programme budget over the full year and signalled a “strong slate” of new and returning programmes including Victoria, Cold Feet, Liar and I’m A Celebrity.