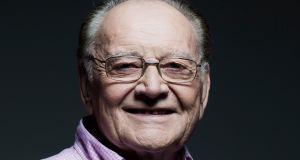 RTÉ music station 2fm has overtaken Today FM in daily listeners for the first time since 2010, the latest radio ratings show, although the Communicorp-owned station remains ahead on market share.

2fm now reaches 404,000 listeners daily, while Today FM is just behind it with 402,000, according to the Joint National Listenership Research (JNLR) survey for the 12 months to the end of September 2017.

“Our daily reach is now more than Today FM for the first time since Gerry Ryan died in April 2010. We have beaten our competitor, albeit by a narrow margin,” said head of 2fm Dan Healy.

However, Today FM’s market share is 7.5 per cent, compared to 6.7 per cent for 2fm, the Ipsos MRBI-compiled research indicates.

Daily reach is a measure of how many people said they tuned into a station on an average day. Market share, which Ipsos MRBI says is a “better measure of loyalty”, reflects the total number of minutes listened.

Mr Healy said 2fm’s recovery has been “steady and gradual” after a “relentless” drop in its fortunes and that it was now targeting a higher market share. The RTÉ station’s listenership collapsed in 2010 following the death of Mr Ryan, its most popular presenter. At this point, it had a market share of 12 per cent.

“We’re aiming for an 8 per cent share, by 2020, I think. It’s difficult, because obviously there are more stations than there were in 2010 and there are many more ways for people to consume audio,” Mr Healy said.

The 2fm boss hailed the ratings performance of “evergreen” 2fm presenter Larry Gogan, a survivor of a recent revamp of its weekend schedule. The veteran DJ’s listenership rose 15,000 since the last survey to 110,000 for his Saturday show, while his Sunday show increased 8,000 to 78,000.

“Age is irrelevant as long as you are relevant, and Larry Gogan is relevant.”

Today FM chief executive Keith McCormack said the station had a “heavyweight line-up right across the schedule now” and that its audience was connecting with highlights such as its Dare to Care campaign and Electric Picnic coverage.

RTÉ’s Radio 1, the clear leader in the Irish radio market, lost listeners in this survey across its weekday and weekend schedules. Its most listened-to shows, such as Morning Ireland, Liveline, Marian Finucane’s programmes and Today with Seán O’Rourke, were all down heavily compared to the last survey.

“There was a reduction in current affairs listening, but that tends to happen in the summer,” said Tom McGuire, head of Radio 1. This summer, however, was marked by fewer big national news stories than usual, he added, affecting the station’s year-on-year performance.

Sport was the exception to the trend, with RTÉ’s GAA coverage boosting the audience for its weekend afternoon sports shows. This summer marked the first of Radio 1’s new five-year deal for exclusive GAA radio rights.

Some Radio 1 shows were more stable on a year-on-year basis, with Seán O’Rourke losing just 1,000 listeners over that period. Ryan Tubridy lost 4,000 listeners since the last survey, but is up 14,000 year-on-year with an audience of 330,000.

The station’s market share slipped, but remains high at 22.6 per cent.

The most popular show on Communicorp station Newstalk remains Pat Kenny’s mid-morning programme, which has 150,000 listeners, down 1,000 since the last survey and up 4,000 year-on year.

Newstalk’s other weekday daytime shows showed small nudges upwards in their audiences compared to the previous survey, and the station increased its market share to 6.2 per cent, up from 6 per cent.

Newstalk Drive now has 135,000 listeners, up 5,000 since the last survey and down 3,000 year-on-year. Up until the final month of the survey period, it was presented by Chris Donoghue and Sarah McInerney, with Ivan Yates taking over in September.

Communicorp’s ban on journalists from The Irish Times appearing on its stations, which also include 98FM, Spin 1038 and Spin South-West, did not come into effect until October, after the period in which 16,830 people were questioned about their radio habits.

Choose Radio, an industry group that represents all radio sales houses, said the medium continued to dominate audio listening in Ireland, with 3.1 million people tuning in each day, up 14,000 year-on-year. Radio represents almost 88 per cent of audio listening among all adults, according to separate research commissioned by the group.

“We saw first-hand with the recent horrendous weather conditions just how effective our medium can be when we work together and use all of our platforms to their maximum potential, to succinctly inform our large audience,” said Choose Radio chairwoman Gabrielle Cummins.

“As a collective, when we have an important message to get across, people will hear it and that’s a really powerful tool.”