Company has interests in Ghana, Ireland and Iraq 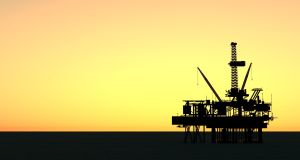 Petrel has 104.5 million ordinary shares in issue with each share of equal rank. Photograph: iStock

The company, chaired by John Teeling, placed the ordinary shares at £1.85 per share. The newly issued shares represent 20.68 per cent of the company’s share capital.

Petrel said the net proceeds will fund costs associated with negotiations over its Ghanaian assets and will provide it with additional working capital as the board assesses new projects.

It is expected that the newly placed shares will be admitted to trading around October 11th this year, after an application is made.

Petrel has 104.5 million ordinary shares in issue with each share of equal rank.

Aside from its Ghanaian operations the company’s main focus is the Irish Atlantic Porcupine Basin. It also has an interest in Baghdad, Iraq, which earlier this year it said was “turning a corner”.