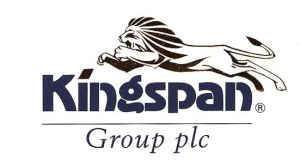 Kingspan fell 5.7 per cent, despite announcing a new partnership with KoolDuct.

Turmoil returned to global financial markets yesterday as oil plunged past $27 a barrel, the Dow Jones Industrial Average sank as much as 565 points and global equities approached a bear market, fuelling a rush into haven assets.

There were no notable gainers yesterday, as gloom enveloped the Dublin exchange. The big blue-chip, globally focused Irish stocks all took beatings on the worldwide meltdown in equities and confidence.

CRH dropped 3.6 per cent, Glanbia was down 2.6 per cent and Kingspan fell 5.7 per cent, despite announcing a new partnership with KoolDuct.

Irish-headquartered energy stocks went south with the rest of the sector. Tullow Oil, which has a secondary listing in Dublin, was down more than 7 per cent, as was Providence Resources.

Even travel stocks, such as Ryanair, which traditionally benefit from falling oil prices, fell. The airline shed 2.3 per cent while ferries operator Irish Continental Group was down 3.8 per cent.

Other tourism-linked stocks were also down, due to worries over the health of the global economy. Hostelworld, was down 4 per cent, while airline tech supplier Datalex was down 2 per cent.

Pub group JD Wetherspoon fell 9 per cent after it warned on profits for the second time in two months. The group said it expected its operating margin for the half year to January 24th would be about 1.1 per cent lower due to higher staff costs.

Germany’s DAX Index slid 2.8 per cent to its lowest level in 13 months as export-oriented stocks dropped. Volkswagen fell 5 per cent and steel producer ThyssenKrupp retreated 3.5 per cent. Commerzbank and Deutsche Bank also contributed to declines, with losses of at least 5.5 per cent.

Zurich fell 10.8 per cent after the Swiss insurer launched a profit warning for its general insurance business, its second in four months.

Dutch electronics company ASML Holding was an outstanding gainer, up 4.6 per cent, after stronger-than-expected quarterly results.

The declining value in energy shares has fuelled speculation on whether Energy Transfer Equity agreement to buy Williams Companies for $38 billion would follow through. The doubts dragged Williams down 7.9 per cent while Energy Transfer fell 8.6 per cent.

Tiffany and Amazon. com slumped more than 4.2 per cent as retailers in the benchmark were on pace to reach their worst level since April. Home Depot lost 4.8 per cent, falling for the fourth time in five days. – Additional reporting: Bloomberg/Reuters/PA

1 Boeing identifies new software flaw in grounded 737 Max
2 Barclays to cut 100 senior roles as lender seeks to rein in costs
3 The Irish economy is thriving but if you’re not feeling it – here’s why
4 Irish people like nothing more than being bribed with their own money
5 Slack lease the lure as ESB seeks €168m for Fitzwilliam 28
6 Second-biggest diamond in history gets new owner
7 Construction body calls for loan scheme to help first-time buyers
8 Coming home to west Cork, from all over the world
9 Is Rebuilding Ireland Home Loan scheme open for business?
10 Dublin housebuilder records €11m gain after striking deal with bankers
Real news has value SUBSCRIBE