Market Beat: With M&A activity busy, competition authorities need to be on their toes 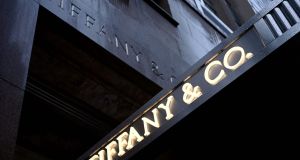 The cancellation of the planned wedding between luxury goods brands LVMH and Tiffany has descended into the type of suit and countersuit that normally happens to ill-fated matches long after the wedding cake has been eaten and the band has been paid.

LVMH’s press statement at the time could have been lifted from one of those websites that help amorous couples who want to write their own vows.

“Since 1886, when it established the eponymous diamond ring as an enduring symbol of commitment, Tiffany has stood for love,” it said. “Its extraordinary diamonds are cherished for generations and its legendary jewellery designs are the ultimate reference in the global jewellery world.”

It didn’t take long for the love hormones to evaporate.

As the rapid spread of Covid-19 walloped markets in March, rumours started to circulate that LVMH was getting cold feet and wanted to revisit the price tag, as even well-heeled households were more concerned about stockpiling toilet roll and tinned vegetables than buying high-end handbags and diamond rings.

On September 9th, LVMH said it was backing out of the tie-up, as it was being dragged into trade disputes between France and the Trump administration – and the French government had written to the company seeking a delay in completion.

Tiffany immediately filed a lawsuit in a Delaware court to enforce the agreement, which was followed earlier this week by a countersuit from LVMH, accusing the storied jewellery group of mismanagement during the pandemic. Besides, it claimed, the crisis had triggered a so-called material adverse event that allowed the Paris-based group to walk away.

LVMH’s reluctance to put a ring on Tiffany was just the thin end of the wedge. Between January and the time LVMH called off the planned tie-up last month, 82 deals totalling $111 billion involving US companies alone had been cancelled, up from 58 transactions totalling $50 billion for the same period in 2019, according to data provider Dealogic.

Covid-19, of course, has presented a number of challenges on the M&A front.

Historic earnings, a standard base used to value companies, is proving to be a less reliable measure as many business models face irreversible setbacks.

Mounting uncertainty about the path of the virus and the pace of economic recovery has been forcing many boardrooms to keep M&A warchests under lock and key.

Meanwhile, although virtual data rooms have long been the main way for executives, corporate financiers and deal lawyers to look under the hood of a prospective corporate target, site visits and specialised inspections have become more difficult.

Global M&A figures published by Refinitiv, a financial market data provider, showed that the value of deals slumped 21 per cent globally over the first nine months of the year.

However, that masks more recent developments, with September seeing something of a deal frenzy, with more than $1 trillion (€850 billion) worth of transactions around the world. It’s a sign that some companies are beginning to look beyond the Covid-19 crisis to eye opportunities.

The boon will help investment banks – who’d been more than making do for much of the year working on emergency share sales and record levels of corporate bond issuance (fuelled by central banks flooding financial markets with money in reaction to the Covid-19 crisis) – stay on track for the most lucrative year for deal fees since 2007, before the financial crash.

Dealmaking is largely being driven by companies in the technology, pharmaceutical and other sectors that have had a good crisis to date.

These industries have led a rebound in stock markets since March – again helped by central bank actions – encouraging them to go for stock-based transactions that lock in high valuations and protect their cash balances.

With the pandemic likely to result in a slew of company insolvencies globally (led by companies with no access to capital markets), and many sectors under existential threat, the power of a small number of corporate giants that are able to pursue M&A deals is set to grow.

Policymakers and competition authorities, more than ever, need to be on their toes.