Concerns over a contested US election may add volatility to markets, says analyst 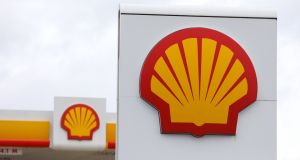 European equities fluctuated before finishing narrowly in the red, cementing the moribund mood of the previous session.

However, US stocks climbed in early trading as investors reckoned Washington was closer to agreeing a fiscal stimulus deal, even as a volatile presidential debate raised concerns about a chaotic election in November.

The Iseq finished flat as key stocks managed to avoid the downbeat sentiment that infiltrated European markets on a choppy day.

But the banks, which had joined in a Europe-wide decline on Tuesday, failed to rally, with Bank of Ireland closing down 0.1 per cent at €1.58 and AIB slipping 0.8 per cent to 88 cent.

Smurfit Kappa was also a faller, with the packaging group losing almost 1 per cent to €33.52.

A bleak production forecast from Shell and losses in consumer stocks weighed on London’s FTSE 100, but an upbeat outlook from gambling firm 888 Holdings pushed it to the top of the UK mid-caps index.

The FTSE 100 fell 0.5 per cent as the oil and gas sector declined 1.8 per cent. Royal Dutch Shell hit its lowest in more than six-months after warning third quarter production was set to drop sharply due to the coronavirus pandemic and hurricanes forcing offshore platforms to shut down. Shell closed down 1.7 per cent.

Compass Group lost 3.2 per cent as the catering giant forecast a 19 per cent fall in organic sales.

Sentiment took a hit after an indecisive US presidential debate overnight and a near-20 per cent slide in Britain’s GDP, but investors took heart from upbeat economic data from China and the US.

The mid-cap FTSE 250 rose 0.8 per cent as 888 Holdings jumped 21 per cent after forecasting a better annual profit and declaring a special dividend.

G4S hit a seven-month high after the security group rejected a cash offer by smaller Canadian rival GardaWorld weeks after it turned down a similar proposal.

TP Icap, the world’s biggest inter-dealer broker, slumped 16 per cent after revealing it was in advanced talks to buy electronic trading network Liquidnet Holdings for between $600 million and $700 million.

The European benchmark Stoxx 600 index finished 0.1 per cent lower. In Germany, the Dax slid 0.5 per cent, while the French Cac 40 declined 0.6 per cent.

French waste and water management company Suez jumped 5.9 per cent after bigger rival Veolia raised its offer to buy a 29.9 per cent stake in the company. Veolia nudged up 0.55 per cent.

Among other individual stocks, Paris-listed oil giant Total added 3.1 per cent despite the subdued outlook from Shell. Germany’s Volkswagen rose 2 per cent.

Global equity markets rose and safe-haven assets including the dollar were mixed yesterday as investors weighed a rising number of Covid-19 cases and a chaotic US presidential debate against better-than-expected US private jobs data on the last day of a turbulent quarter.

“The only point worth mentioning is that the debate may have increased expectations for a contested election result,” said UBS chief economist Paul Donovan. “Given the importance of international investors to US markets, this may add volatility around the election.”