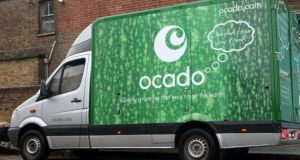 European shares fell on Friday, putting them on track for a small weekly loss, as major benchmarks tracked a global retreat by risky assets.

The pan-European Stoxx 600 index was down 0.3 per cent. Basic-resource stocks fell the most, 1.5 per cent, but only three sub-sectors advanced. The Stoxx 600 is down 0.4 per cent this week.

Banking stocks were set for their biggest weekly losses in more than a month, down 0.5 per cent on the day, another sign that so-called reflation trades were losing favour.

Oil stocks rose 0.4 per cent after crude prices jumped more than 2 per cent to a one-month high, in a reaction to US president Donald Trump’s ordering airstrikes on a Syrian airbase.

Investors awaited a report on non-farm payrolls from the US later in the session.

On the day, Swedish packaging materials firm Billerudkorsnas was one of the stocks declining the most, down 5.4 per cent and set for its biggest loss in nine months. The company warned unexpected extra costs from production problems would hit its first-quarter earnings.

British online grocer Ocado was down 4.8 per cent, the largest European decline, after UBS cut its rating on the stock to “sell” from “buy”.

“Growth rates in online grocery have slowed markedly (just when Ocado is bringing new capacity to market), and we think it may struggle to maintain price competitiveness in an inflationary environment,” UBS said.

Ocado shares were trading close to a six-month low hit in early February.

Upgrades from RBC boosted merging fund managers Standard Life and Aberdeen Asset Management, which were up 2.8 and 2.7 per cent, the top European gainers.

Broadcasting company Mediaset Espana was up 2.3 per cent after JP Morgan upgraded the stock to “overweight” from “neutral”, citing exposure to strong ad trends in Spain.

A jump in the price of gold to a five-month high as investors rushed to safe havens sent miner Randgold Resources up 2.5 per cent.