Dollar falls to three-year low as euro edges back

Euro shakes off concerns over Merkel chances of ‘grand coalition’ 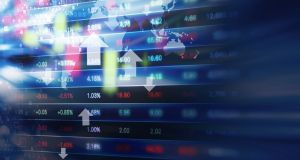 The dollar fell to a three-year low against its peers on Wednesday, losing its earlier bounce as the euro edged back after shaking off a setback to Chancellor Angela Merkel’s chances of forging a “grand coalition” in Germany.

The dollar index against a basket of six major currencies last stood little changed at 90.446 after hitting 90.113, its lowest since December 2014.

The dollar index momentarily recovered to as high as 90.826 on Tuesday after slipping steadily this month on investors’ expectations that major central banks would eventually windback stimulus to normalise monetary policy.

“The view held by many market participants is that monetary policies are headed for normalisation across the globe. The dollar is bound to stay weak when such views prevail,” said Yukio Ishizuki, senior currency strategist at Daiwa Securities in Tokyo.

The common currency had slid to $1.2195 on Tuesday after news which suggested the ECB might not tweak its policy message very soon curtailed the currency’s rally.

The euro had also been held back on Tuesday as members of the centre-left Social Democrats (SPD) in one of Germany’s regions voted against talks with Merkel’s conservative Christian Democrats (CDU), stoking worries over whether she can form a “grand coalition”.

The dollar was 0.2 per cent higher at 110.675 yen, inching back towards a high of 110.985 marked on Tuesday. It stooped to a four-month low of 110.245 on Monday amid speculation that the BOJ could eventually begin looking for a way out of its super accommodative policy.

The Canadian dollar was a shade weaker at C$1.2442 per dollar with immediate focus on the Bank of Canada’s monetary policy decision due later in the day.

The BoC is widely expected to raise interest rates by 25 basis points and take the benchmark borrowing cost to 1.25 per cent. Analysts expect the BoC to raise rates as many as three times in 2018.

Bitcoin was 7.2 per cent lower at $10,570.00 on the Bitstamp exchange. It had lost 16 per cent on Tuesday, during which it fell to a month low of $10,162.00 after reports suggested it was still possible that South Korea could ban trading in bitcoin. - Reuters