Bitcoin slumps to $10,000 after losing half its value 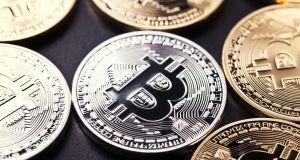 Bitcoin slid to $10,000 (€8,190) on Wednesday for the first time since December 1st, leaving the cryptocurrency down by close to half from its peak hit last month.

Bitcoin, the largest and most prominent cryptocurrency, fell more than 11 percent to hit $10,000 on the Luxembourg-based Bitstamp exchange, amid worries about a regulatory clampdown.

The cryptocurrency touched a peak of almost $20,000 in December - and indeed crossed over that threshold on some exchanges - but has since been roiled by several large sell-offs.

The price of bitcoin extended its sharp tumble of the past 24 hours, spooked by worries regulators may try to clamp down on the highly-volatile trading in the digital currency.

It led the fall in cryptocurrencies, although others such as Ethereum and Ripple, have also slid sharply this week after reports South Korea and China could ban trading, sparking worries of a wider regulatory crackdown.

“Cryptocurrencies could be capped in the current quarter ahead of G20 meeting in March, where policymakers could discuss tighter regulations,” said Shuhei Fujise, chief analyst at Alt Design.

At its lows on Tuesday, bitcoin had fallen 25 per cent in the session, its biggest daily decline in four months. It was a far cry from its peak close to $20,000 in December, when the virtual currency had risen nearly 2000 per cent over the year.

Tuesday’s decline followed reports that South Korea’s finance minister had said banning trading in cryptocurrencies was still an option and that the government plans a set of measures to clamp down on the “irrational” cryptocurrency investment craze.