Move on yuan overnight brings down shares in mining, cars and luxury goods 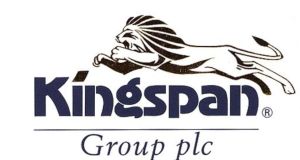 Car makers, miners and luxury goods manufacturers led a near across-the-board fall in European shares triggered by China’s decision to devalue its currency.

China’s move prompted investors to sell shares in Europe’s main exporting businesses as the devaluation is likely to make their goods more expensive, making them more difficult to sell in the Asian country. Many of them had been benefitting from a weaker euro.

DUBLIN The Irish market fared better than most

in Europe on a largely quiet day.

Cider maker C&C dipped 0.96 per cent to €3.503 despite news of a turnaround in its US business, where sales have been declining for 20 months.

Mining group Glencore led the declines with a 7.3 per cent drop. BHP Billiton fell 60.5p to 1148.5p and Rio Tinto by 81.5p to 2553.5p. Copper fell 3.2 per cent after the move by China, which is the world’s biggest consumer of metals. The mining sector closed down 4.4 per cent, moving back towards a six-year low hit in late July.

Burberry, which sells extensively in China, also fell 4.4 per cent to 1536p.

“A weaker yuan makes imports more expensive and, with China accounting for some 14 per cent of the company’s sales, the implication is clear,” Trustnet Direct analyst Tony Cross said. Britain’s FTSE 100 closed down 1.1 per cent.

Weakness in commodity stocks has contributed to recent declines in the index, which is now more than 6 per cent off April’s record high.

Germany’s ZEW survey also dented the mood, with its economic sentiment reading down from the previous month and below expectations.

Carmakers BMW, Daimler and Volkswagen sank 4 to 5 per cent. Swatch and LVMH both fell around 5 per cent.

“We have reduced our exposure to European export-led sectors such as car makers,” said François Savary, chief strategist at Swiss bank Reyl.

However, the Athens stock market – which has consistently underperformed this year – rose after Greece and its international lenders reached a new bailout agreement.

Finnish cranemaker Konecranes surged more than 15 per cent after it agreed on a merger with US peer Terex.

Otherwise US stocks suffered in the wake of the yuan depreciation. Apple fell nearly 3 per cent to $116.23 after Jefferies raised concerns about the demand for the iPhone, primarily in China. The stock was the biggest drag on all three indexes.

Google rose 3.6 per cent to $687.34 after it said it would overhaul its operating structure. – Additional reporting: Bloomberg, Reuters

1 Irish company paid €1.2m a year by collapsed Blumenthal-linked Australian restaurant
2 Hugo MacNeill steps back from Goldman Sachs role
3 Should AIB compensate me for upsetting letter on arrears?
4 Legal eagles yet to land; economy to grow 3.4% this year; and CEOs on social media
5 Tax shifts won’t drive multinationals out of Ireland - Moody’s
6 ‘I wouldn’t be a big saver. I tend to buy now and repent at leisure!’
7 Why bosses should not be afraid of speaking out on Instagram
8 Greencoat Renewables buys Clare wind farm for €35.4m
9 Irish economy to grow by 3.4% this year, predicts EY
10 How to turn racists’ genetic arguments against them
Real news has value SUBSCRIBE