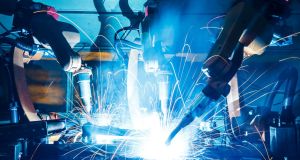 German industrial orders fell more than expected in July on weak demand from abroad, data showed on Thursday, suggesting that manufacturers in Europe’s biggest economy continue to struggle in the third quarter.

Contracts for ‘Made in Germany’ goods were down 2.7 per cent from the previous month, driven by a big drop in bookings from non-euro zone countries, the economy ministry said. That undershot a Reuters consensus forecast for a 1.5 per cent drop.

The reading for June was revised up to an increase of 2.7 from a previously reported 2.5 per cent increase. – Reuters