Unilever CEO retires after row over relocation of headquarters 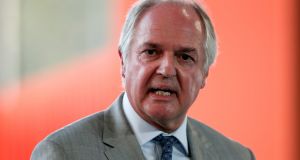 Unilever’s chief executive Paul Polman will step down next month after 10 years in the job, leaving insider Alan Jope to step into his shoes after the Anglo-Dutch group’s failed attempt to shift its headquarters.

A UK investor revolt forced Mr Polman and the Unilever board to scrap a plan in October to move the headquarters of the dual-listed company, which makes Dove soap and Ben & Jerry’s ice cream, to the Netherlands.

Company veteran Mr Jope (54) is the boss of the beauty and personal care division which is Unilever’s largest, accounting for almost half of group annual profits. The Scotsman also previously led the company’s business in China and has long been seen as a possible successor to Mr Polman.

At the helm since January 2009, Polman (62) generated big returns for shareholders totalling 290 per cent over the period, expanded its presence in emerging markets, and in 2017 fended off a $143 billion (€126 billion) takeover approach by Kraft-Heinz.

That failed bid, however, helped prompt Dutchman Mr Polman to seek to simplify Unilever’s structure by shifting its headquarters to Rotterdam. That angered UK-based shareholders. Unilever’s board ditched the plan after it became clear that it could fall short of the investor approval needed.