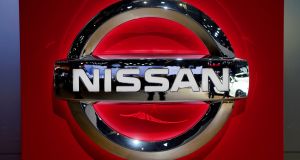 The Renault-Nissan alliance aimed to achieve €10 billion of joint synergies by 2022. Photograph: Reuters

Several of Renault and Nissan’s joint business functions are being quietly unwound, as the carmakers’ alliance crumbles in the absence of Carlos Ghosn, according to multiple current and former employees.

Some departments overseeing joint functions within the Renault-Nissan-Mitsubishi Alliance are being axed, while others have received no new work in months. “People have nothing to do,” said one insider.

Until his arrest in Tokyo in November on charges of financial misconduct, Mr Ghosn, as chairman of Nissan and chief executive of Renault, had pressed for their alliance to be made “irreversible”.

Now the “CEO office”, which oversaw the day-to-day running of the alliance functions and had several senior executives, is being disbanded, while other areas such as light commercial vehicles, sales and marketing, and communications are dwindling and dismissing staff, according to several people.

Spokespeople for the alliance, Renault and Nissan all declined to comment.

In the year leading up to his arrest, Mr Ghosn made a flurry of appointments from either side to “alliance-level” functions, redeploying executives to oversee operations across the two companies, ranging from manufacturing to aftersales.

Some departments were already merged, such as purchasing, which oversees all the component-buying across the 10 million-vehicle global alliance.

But many of the appointments created new departments, where the two rival groups had previously not co-operated.

The idea was to set the businesses on a course of ever-greater integration, with the aim of achieving €10 billion of joint synergies by 2022, and thus making the alliance “irreversible”.

Since Mr Ghosn’s arrest on charges that he denies, France and Japan have drifted further apart, in part because of an increasingly strained relationship between the two rival management teams.

“It is fair to say the relationship is as bad as we have seen in 20 years, and that is having an impact on joint operations,” said a second person close to the situation.

This has affected the alliance functions, with some being slated for closure, while others are simply ignored.

Co-operation between the two sides was always “dependent on goodwill”, according to one person, which has evaporated in recent months. – Copyright The Financial Times Limited 2019