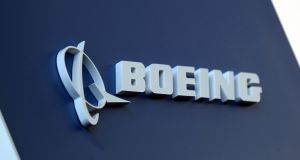 There is a rift emerging among global regulators over what Boeing needs to do before grounded 737 Max aircraft are allowed to fly again. Photograph: Paulo Whitaker/Reuters

Europe’s aviation safety agency has set out strict conditions before it will allow Boeing’s 737 Max aircraft back into the skies, in a sign of the depth of the rift emerging among global regulators after two deadly crashes.

EASA said it had three “pre-requisite conditions”, including demands that design changes by Boeing are approved by the European agency, before it would lift the grounding of the Max following the crashes in Ethiopia and Indonesia.

News of the conditions will heap further pressure on the US safety regulator, the Federal Aviation Administration (FAA), ahead of a meeting of global regulators in Texas on Thursday to review Boeing’s application to get the Max back in the air.

The conditions are: that any design changes by Boeing are EASA approved and mandated; that an additional independent design review being conducted by the agency is completed; and that Max flight crews “have been adequately trained”.

“We are working on having the 737 Max 8 return to service as soon as possible, but only once there is complete reassurance that it is safe,” a spokesman told the Financial Times.

Patrick Ky, EASA’s executive director, said in March the agency would make its own study of the Max’s safety and would not allow the plane to resume service until it was satisfied, irrespective of what the FAA decided.

EASA will also continue to analyse any new information that emerges about the two crashes in which 346 people died in Ethiopia in March and Indonesia in October.

The agency has communicated its conditions to both Boeing and the FAA, the spokesman added.

It is not unprecedented for EASA to conduct its own safety review, but it is unusual and underlines the splintering among regulators following the Max crashes.

The FAA has been aiming to reassure fellow regulators about its process for allowing the Max to fly again, in the expectation that others will follow suit not too long afterwards.

The agency has come under intense criticism for being the last major regulator to ground the plane after the crash of Ethiopian Airlines flight 302 on March 10, as well as for its role in certifying the plane.

US officials are keen to protect the present system by which major regulators accept each others’ certification as a matter of course. They argue that if each country insists on its own checks to new aircraft, it could double or triple the cost of a jet and add to the flying cost for passengers.

The FAA, which organised the Texas summit, has said it does not need the agreement of other regulators before it approves Boeing’s application.

“The big worry here is that China is going to use this to start shutting out US aeroplanes, as a way to boost its own aircraft manufacturing industry,” said one Trump administration official.

Boeing said: “We are working with global regulators to get them the information they need so that we restore their confidence in Boeing and the Max as they go through the certification process to safely return the aircraft to service.”

Guillaume Faury, chief executive of Europe’s Airbus, last week warned that international co-operation among aviation safety regulators that has led to common industry standards could be at risk following the crisis.

Boeing said it has completed work on a software fix aimed at preventing future disasters on the so-called manoeuvring characteristics augmentation system (Mcas) which has been at the centre of the investigations into the crashes. A series of design flaws in Mcas have emerged since the accident. – Copyright The Financial Times Limited 2019