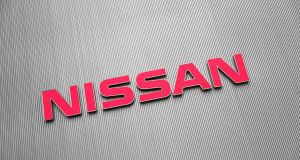 Nissan has warned that its operating profit will fall to the lowest level since the Lehman crisis as struggles in the US, Japan and Europe force the Japanese carmaker to abandon an expansion policy pursued by its ousted chairman Carlos Ghosn.

The bleak forecast comes as investors prepare for a multiyear turnaround effort that analysts say must start with rebuilding a management team that was shaken by an exodus of senior executives in the wake of Mr Ghosn’s arrest and ousting last year.

For the fiscal year ending in March 2020, the company forecasts its operating profit will fall 28 per cent from a year earlier to ¥230bn (€1.87 billion), the lowest level since the company booked a loss for the 2008-2009 fiscal year. The forecast was well below analyst expectations for an annual profit of ¥457.7bn, according to S&P Global Market Intelligence.

Hiroto Saikawa, Nissan’s chief executive, has blamed its languishing performance on a Ghosn-era pursuit of market share, particularly in the US, that later backfired.

The former chairman, who has denied all charges of financial misconduct and breach of trust, in turn has accused Nissan executives of leadership failure and trying to thwart his plan to merge the Japanese group with its French partner Renault by bringing him down.

On Thursday, Nissan also lowered its profit and revenue targets in its six-year business plan that was announced in November 2017, seven months after Mr Saikawa replaced Mr Ghosn as chief executive.

The company said it will now aim for an operating profit margin of 6 per cent for the fiscal year through March 2023, compared with its earlier target of 8 per cent announced in November 2017 and its current margin of 2.7 per cent.

Its fiscal 2022 revenue target was also lowered from ¥16.5tn to ¥14.5tn, which compared with revenue of ¥11.6tn booked in the just-ended financial year. – Copyright The Financial Times Limited 2019