Trading statement says full-year sales should be close to 6,400 vehicles 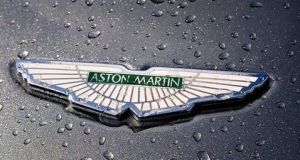 Full-year sales should be at the top end of a 6,200-to-6,400 car range, paving the way for further growth as new models are introduced, the Gaydon, England-based company said in a statement on Thursday.

The figures may reassure investors after an IPO that raised £19 a share but saw the stock drop 4.7 per cent on its debut, a slide that has continued. The stock has now declined 15 per cent since floating, valuing Aston Martin at £3.67 billion.

Chief executive Andy Palmer said the company’s first reporting period as a listed company had delivered a “sharp increase” in key performance measures. Future growth would be spurred by new models, including the DBS Superleggera. – Bloomberg