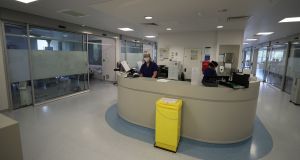 Blackrock Clinic. Mr Sheehan’s loss of the US case follows on from a series of defeats in the High Court in Dublin in the battle for control of his former stake in the hospital. Photograph Nick Bradshaw

Blackrock Clinic co-founder Joe Sheehan has lost yet another round of his battle against companies controlled by Larry Goodman in a marathon legal fight over control of the private Dublin medical facility.

An Illinois judge has thrown out an attempt by Irish-born US-based retired surgeon Mr Sheehan to reverse the sale by a receiver of his 28 per cent stake in the hospital to Irish Agricultural Development Company, controlled by Mr Goodman.

The receiver was appointed by another of Mr Goodman’s companies, Breccia, which was enforcing €13 million of security secured on Mr Sheehan’s stake.

Mr Sheehan filed the case in Illinois earlier this year against the two Goodman companies, as well as against the share receiver, RSM Ireland partner Damien Murran, and also RSM. The proceedings were an offshoot of Mr Sheehan’s ongoing chapter 11 bankruptcy proceedings in the same court.

Mr Sheehan, who has lost a long-running series of bitter legal battles against Mr Goodman’s companies in Ireland over the same row, had argued that the receiver’s €20.3 million sale of his shares was unlawful because, he alleged, it had taken place after he filed for bankruptcy.

He had also alleged there had been a higher bid for his shares, and accused Mr Goodman’s companies of unlawful conduct, which was denied.

The US judge this week dismissed the cases against all respondents because the Illinois court has no jurisdiction to reverse the sale. The court also found that the serving of the proceedings by the plaintiff over email was not sufficient.

Mr Sheehan’s loss of the US case follows on from a series of defeats in the High Court in Dublin in the battle for control of his former stake in Blackrock, which he co-founded with other investors including his brother Jimmy Sheehan.

In May, Breccia won an initial judgment of around €19 million in the High Court against Mr Sheehan in a counterclaim after the retired surgeon failed with a claim that Breccia conspired with others to damage his interests.

The final judgment was last month revised down to €7.89 million over various issues, including that Breccia had received €10 million from the receivership share sale. Costs in the Irish case, which are estimated at €11 million, were also awarded against Mr Sheehan.

Breccia has welcomed the Illinois court’s decision. “It is hoped that this brings an end to the litany of spurious legal actions initiated by Dr Sheehan,” said Breccia.

Mr Sheehan’s US legal team had on Wednesday night not yet responded to a request for comment on Breccia’s statement.

Governments must plan how we will return to normal as more people are vaccinated 06:00
Post-Brexit red tape continues to stall deliveries 05:57
Professional salaries will be flat in 2021, says Morgan McKinley 05:35
Biden has promised to ‘restore the soul of America’ but what might that mean for Ireland? 05:30
Getting through lockdown number three at work is all about staying focused 05:30

3 Professional salaries will be flat in 2021, says Morgan McKinley