The game changer: How disruptive technologies can get the funds they need 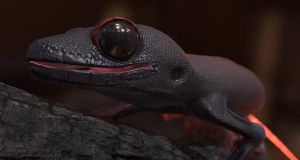 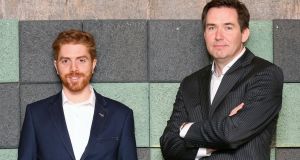 What turns a company from an also-ran to a real game changer? As chief executive of Artomatix, Joe Blake leads an Irish start-up which uses artificial intelligence to automate the creation of previously unimaginable 3D worlds – and it’s caught the attention of major games studios around the world.

“We are carrying out intense research and inventing new technologies,” he says. “We had an ambitious roadmap for our product in two phases and, at the pace we were going, would have reached it by the middle of next year.”

But, like most companies in the hyper-competitive technology space, Artomatix had a problem: the middle of next year is not good enough. “The risk of waiting that long is that others would see what we are doing and, with the cash available in Silicon Valley or Israel, they’d overtake us. We have a very talented team but needed to move at a faster and more aggressive pace.”

The Disruptive Technologies Innovation Fund (DTIF), which has so far made more than €75 million available for 27 innovative projects, was the answer to Artomatix’s problems. “We first heard about it through Enterprise Ireland, and it stems from the Department of Business, Enterprise and Innovation wanting to strategically invest in a small number of high potential companies across a range of sectors, not just tech. They wanted to pick the most disruptive, those with the potential to really become global leaders.”

The process was fairly straightforward, Blake says. “We led a consortium with three other companies: Warducks, a small but very expert Irish team working in the virtual reality space; Keywords, a technical services company working with interactive content; and Black Shamrock, an Irish video game development studio. We submitted a business plan, were invited to an exhaustive interview process with an international panel and came out the other end as one of the successful applicants. It was a lot of work but the process was fair and, even though we only have a small team, it was not overly arduous. In any event, it forced us to up a solid business plan.”

Founded by Dr Eric Risser, a young American entrepreneur who studied for his PhD at Trinity College and now serves as Artomatix’s chief technology officer, the company currently has 20 staff across offices in Dublin, London and Washington. By the year’s end, it expects to have between 30-35 staff, with the R&D arm of the business remaining firmly rooted in Dublin.

In 3D content, budgets are big and getting bigger. One of the biggest games ever made, Grand Theft Auto, increasingly relies on 3D technologies; the most recent episode in the franchise involved approximately 370 artists working on the 3D aspects of the production and an overall budget believed to be over €235 million. Another huge success, Destiny – an online multiplayer first-person shooter game – took six years to develop and had a budget of about €330 million.

Commercial sensitivity, intellectual property and confidential contracts make Artomatix reluctant to reveal its client base, although at least one is a major blockbuster games studio. This small Irish start-up has huge potential to generate significant revenues and jobs but it needs investment: among other sources, some money has come from venture capitalists and some from EU Horizon 2020 funding.

“There’s already a huge demand for 3D artists,” says Blake. “3D content has exploded. It is now a core part of video games and increasingly used in films and visual effects. And movies and games are converging. Our product means that, instead of having to manually build worlds with a digital paintbrush, AI can automate large parts of the creative workflow and free up time for artists to focus on what really matters. Videos won’t need to take six years and involve 1,000 artists.”

About 50 per cent of Artomatix’s business will be outside games, films and entertainment. “It can be used when consumers go online to shop. 3D technology can allow you to get high-quality, high-res imagery of a car interior and custom the features you want.

One of the companies working in this space, ZenEarth, uses an Artomatix technology called ArtEngine to create highly realistic 3D environments, replicating some of the world’s most exciting, beautiful and historic locations, with massive potential for tourism. “ArtEngine automates up to 80-90 per cent of the time-consuming, repetitive tasks tied to photogrammetry and 3D art creation,” says Blake. “The time it would normally take to groom the many thousands of scans required for a ZenEarth VR production has been largely eliminated, thus freeing up an enormous amount of hours for the team to work on higher-value tasks.”

Artomatix is not short of ambition: in the next two years, it wants to move from being a single product company to one with multiple products. “We will be looking to bigger commercial deals as well as developing tools which will allow smaller, independent artists to download our product off their website and pay with a credit card.”

Blake is proud that the company has hit all its milestones to date and says that the DTIF has been crucial for their success. “It isn’t a lightweight process, and if you’re thinking of applying you do need to take it seriously and commit the right amount of resources to the process. It has really helped us. We’re already seeing interest from triple-A rated companies like Microsoft and Sony and, within the next five years, we hope to lead the charge in developing AI-powered versions of many creative tools. We are creating something completely new.”