‘Make them pay up front’: Lessons from an unsuccessful start-up 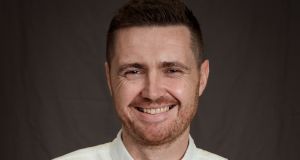 ‘We learnt a few valuable lessons from our first outing with PaidAide,’ says Ciaran Brennan. ‘The first is that it’s very hard to run a technology-based business if your technology is outsourced.’

The hardest decision with any start-up is to know when to quit if it’s not working out. Pulling the plug takes courage but Ciaran Brennan has been through the process and survived and his advice is don’t panic, pivot.

In 2018, brothers Ciaran and Niall Brennan launched what looked like a sure fire app aimed at making quotations and invoicing easier for tradesmen. About nine months later, however, they had to face the harsh reality that the number of paying customers was much lower than they had anticipated. But the Brennans are made of stern stuff. Instead of giving up they used their original idea as the basis for a pivot and less than a year later launched a new product aimed at a different sector.

Their new business is called LiveCosts and it helps construction companies manage project costs in real time. Their company now employs six people and has more than 100 companies on its books including some of the big names in large-scale housing development.

The key to the successful pivot was securing fresh investment and finding the right chief technology officer to make the magic happen. The Brennans dealt with the funding issue by inviting potential customers to become investors and seven of them stepped up. The funding round raised €500,000 but also gave the Brennans access to a deep reservoir of construction industry knowledge. They then convinced entrepreneur and technology guru, Diarmuid Quinn, to join them and once he took the reins of the technology aspect of the project it moved forward exponentially and LiveCosts was launched at the beginning of last year.

“We learnt a few valuable lessons from our first outing with PaidAde,” says Ciaran. “The first is that it’s very hard to run a technology-based business if your technology is outsourced. The second is that you need to identify areas where your skills are weak and plug them. Our investors have filled this gap for us by bringing so much to the table in terms of their experience of start-ups, the construction sector itself, law, finance and M&As [mergers and acquisitions]. There’s a huge body of knowledge among them we can tap into.”

Ciaran and Niall Brennan are no strangers to either the construction industry or to starting a business. Ciaran is a carpenter and Niall is a builder and both left Ireland during the recession to work in the construction sector in Australia. They subsequently set up their own building company in Perth in 2012 and within three years had scaled and sold it.

What made it an attractive acquisition was that the brothers, fed up waiting around for quotes and coping with fluctuations in the price of materials, designed and implemented a system to address it and improve job throughput. “The system was a bit of a beast to use but it showed us what you could achieve with technology,” Ciaran says.

Having returned to Ireland, the brothers began developing their idea into an app aimed at tradesmen running one-man bands or businesses with five employees or less. “We started on the prototype around May 2017. That got us through the initial customer discovery phase where we established if people were interested in our idea and were willing to use it. All the evidence suggested they were,” he says. “The aim was to leverage our experience and combine it with technology to help tradesmen become more efficient. It was like a digital personal assistant built by tradesmen for tradesmen.”

The PaidAde app was launched in January 2018 and electricians were the first group to be targeted. The aim was to sign up 1,000 of them within a year but it turned out to be a struggle to get to 150. “We needed to get at the business owners and that proved difficult because they were always so busy,” says Ciaran. “We then discovered that while they said they needed the problem solved [and we were solving it] they didn’t really mean it.

When the chips were down they were reluctant to embrace technology and even more reluctant to pay for it. We slogged away trying to get people on to the app but having got them on to it, it was really difficult to get them to stay. They basically reverted back to what they knew.

“I’d sum up PaidAde as great technology but a bad market and a bad market wins every time. One of the other lessons we learnt is that if you really want to know if people mean what they say, make them pay up front. You could save yourself a lot of time and effort.”

On the back foot, the brothers regrouped and went back to their roots in construction. “Construction companies everywhere struggle to track labour and materials costs and to know exactly where they win and lose money on projects so we decided to address this problem instead,” Ciaran says. They moved up the food chain to target the construction companies themselves and this involved transitioning from an app to a full blown “Software as a Service” (SaaS) platform that allows builders track their project costs.

LiveCosts uses a combination of smart algorithms and machine learning to automate the construction cost control process by integrating with a company’s existing systems rather than replacing them. The system provides project managers with a dashboard where they can monitor exactly what’s happening with their budget and the platform also offers materials cost tracking, materials ordering and can save companies a huge amount of time processing the sometimes thousands of invoices they get every week.

“The machine learning element is the strongest part of our technology because the more it’s asked to do the smarter it gets,” says Ciaran. “Savings in time and money are the big benefits to our customers and the project managers also now have the element of comfort because they know exactly what’s going on with their budget in real time. In February alone we took on €14 million worth of new construction projects in ROI and processed just under €1 million in materials from suppliers to new customer projects.”

The company’s customers are all in Ireland, but with their connections in Australia the brothers are hoping to launch LiveCosts down under by the end of 2020. “If I was giving advice to someone starting out it would be don’t build anything unless you’ve got hard commercial evidence that someone is going to buy it,” says Ciaran. “In our experience people will agree they have a problem and looking at it objectively it’s clear they have. But is it sufficiently big for them to actually do more about it than grumble? You’re asking for behavioural change and that’s a lot harder to get.

“Niall and I are not new to starting a business so we’ve been through tough times before and we never had any inclination to walk away. If the writing is on the wall then that’s when resilience kicks in and resilience is the difference between success and failure.”