Lesson for start-ups: Stop trying to be unicorn, be a camel instead 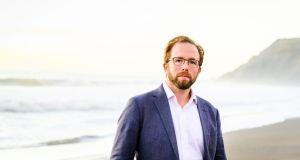 Silicon Valley’s traditional hold on the global innovation agenda is increasingly being challenged by so-called frontier innovation, where entrepreneurs in more challenged environments are taking a different and arguably better approach. That’s the view of venture capitalist, academic and author Alex Lazarow, who argues that Silicon Valley needs a re-fresh.

Lazarow’s book Out-Innovate, published next month, charts the success of start-ups outside the valley who cope with issues such as political and economic instability as well as the lack of ready resources such as finance and innovation ecosystems, yet who overcome such challenges to grow successful global businesses.

Despite this, he says our knowledge of the way start-ups are built is based on a narrow playbook, centred around the Silicon Valley software business, which is celebrated uncritically in books, podcasts and blogs. “Silicon Valley has codified what a start-up should look like, dictated how it should be built and defined what its culture should be,” he maintains.

Lazarow says he doesn’t have beef with Silicon Valley per se, it’s just that its model is not appropriate for others in many cases. Would-be innovators from around the world look to Silicon Valley for guidance on how to drive their own innovation yet despite the hype, recent innovation in the valley is incremental rather than transformative, he says. He cites investor and entrepreneur Peter Thiel’s quip, “we wanted flying cars, but we got 140 characters”, in support of his argument.

Disruptive innovation has become a mantra in Silicon Valley, he adds, but what if you exist in a part of the world where there is nothing to disrupt?

Frontier innovators, he says, need to be creators instead because often there are no established industries to disrupt. Often, they need to build entirely new sectors offering products and services taken for granted in other parts of the world in sectors such as education, healthcare, communications, energy and financial services.

In contrast to the valley where businesses are asset-light and highly niche-focussed, frontier innovators often have no choice but to build the “full stack” including the enabling infrastructure that their products and services require.

The way start-ups are funded in such contrasting models is an obvious difference. Silicon Valley funding rounds are fast, and growth is paramount for the model to succeed. Growth trumps the need for profitability. Even 10 years into operation, in the first quarter after its IPO, Uber lost $1 billion, he notes.

“Venture capital can also be addictive. If companies get used to running on jet fuel, it becomes harder to switch to diesel.”

As part of this journey, such firms also need to negotiate the so-called Valley of Death where operating costs exceed revenues. Silicon Valley has an entire system to create and support unicorns, but the focus is always on hyper-growth.

He notes how global consultancy McKinsey, after examining the lifecycle of 3,000 Silicon Valley-style software companies commented: “If a healthcare company grew at 20 per cent annually, its managers and investors would be happy. If a start-up grows at that rate, it has a 92 per cent chance of ceasing to exist within a few years.”

Silicon Valley’s oft-celebrated fast winners are matched by an ever-greater number of fast losers. Nonetheless, the valley has safety nets. Lazarow notes the pattern of “acquihires” where companies are acquired only for their team, giving founders a face-saving exit and stock options in the acquiring entity.

At the frontier, things could not be more different. Funding is more measured and safety nets are often non-existent. Failure results in job losses and bankruptcy, with a black stain on the founders that can follow them for life.

“Frontier innovators manage costs, charge for the value they create from the get-go, ingest capital on their terms, understand the levers for action, diversify the business plan and take a long-term view,” he says.

They manage the cost curve to better sync with the growth curve. New hires need to be justified by increases in revenue and operations. Investments need to be scaled at an appropriate pace and spending levels are modulated so the business doesn’t go too far down the cost-curve hole.

You don’t hear enough about managing costs in Silicon Valley, he notes.

Using constraints as an advantage is a key theme of the book. Unlike start-ups in Silicon Valley, where resources are plentiful and markets provide abundant domestic opportunity, frontier innovators have small local markets with limited financial and human capital. This forces them to think globally from the beginning and to build products and services that can compete in multiple markets.

Lazarow, who has worked at the intersection of investing, consulting and economic development across the public, private and social entrepreneurship fields, notes there are currently more than 1.3 million technology start-ups globally and more than 480 hubs worldwide, from Detroit to Bangalore, Nairobi to Puerto Rico.

About 10 per cent of all unicorns are located outside Silicon Valley and the major European and Asian hubs, he says. PayPal, founded in 1998, has 267 million users worldwide while Paytm, founded 10 years later in India, trumps it volume-wise with over 300 million users. Uber’s success in the taxi market is now being replicated in emerging markets by firms such as Grab, Gojek, 99 and Cabify in Latin America and South East Asia.

The idea of so-called “reverse innovation” where stripped back products are hatched in more challenged economic environments and then imported into developed markets has gained traction in recent years. Witness the success of the Renault’s Dacia, originally conceived as a low-cost car for eastern European consumers, which when launched in the West, expanded the market to cater for those who previously couldn’t afford a car.

Lazarow sees things a little differently. “Innovation is not unidirectional,” he says. He cites the example of ride-sharing, an idea born in Silicon Valley. The concept was imported into Indonesia where Gojek launched a motorcycle-based ride-hailing app to bring workers to and from work in congested cities such as Jakarta. The idea was expanded, however, with the same drivers using their spare capacity to deliver meals at lunchtime and ecommerce packages in-between.

A multiple-service business with operations in many parts of Asia, Gojek has now achieved unicorn status with a valuation of close to $10 billion.

Lazarow notes that the valley should learn the lessons of Detroit, once the hub of global innovation and excellence in the auto industry, which in time was subverted by others in centres such as Germany, Italy and Japan. Today, however, Detroit is succeeding once more, but in new ways.

As he concludes: “A sea change is on the horizon as all of these outside-the-valley entrepreneurs step up to the fore of innovation. To succeed, they repeatedly subvert and reimagine Silicon Valley’s rules, out-innovating everyone else as they write a new playbook for a new game. To keep up and remain a home for world changing innovation, we should all consider taking a leaf from their book.”

Lazarow’s lessons from the frontiers

Camels not unicorns: Build start-ups that are resilient enough to survive droughts and are not focussed on the hyper growth demanded by venture capital markets.

Build teams: Frontier innovators have a growth mindset towards their team and a long-term outlook. They cross-pollinate across geographies and sectors to build businesses.

Think global: Frontier innovators target multiple geographies rather than focussing on their domestic market and recruit diverse talent from around the world.

Sense of purpose: These companies interweave both profit and impact-based goals into the core fabric of their business model, making them multi-mission athletes.

Out-Innovate, how global entrepreneurs from Delhi to Detroit are rewriting the rules of Silicon Valley, is published by Harvard Business Review Press.