SensL bought by On Semiconductor, a Fortune 500 company listed on the Nasdaq 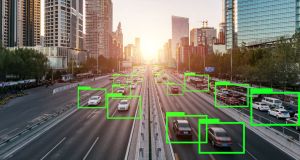 SensL Technologies is one of the leading suppliers of silicon photomultiplier sensor technology for light-sensing applications. Photograph: Getty Images

A Cork-based tech firm, whose sensors are being used by firms developing driverless cars, has been acquired in a multimillion euro deal.

SensL Technologies, which also develops products for medical, industrial and consumer markets, has been bought by On Semiconductor, a Nasdaq-listed Fortune 500 company headquartered in Arizona.

However, in recent years a key area of growth has been developing light detection and ranging (Lidar) products, which are a cornerstone of the technology behind autonomous vehicles.

Financial details of the transaction have not been disclosed but industry insiders told The Irish Times it was a “high double-digit deal”. A statement from On Semiconductor said it expected the acquisition would immediately add to its earnings per share.

SensL, whose clients include the European Space Agency, was spun out of the Tyndall National Institute in 2004. It was founded by Carl Jackson and Joe O’Keeffe, the latter of whom went on to enjoy success as a founder of Infiniled, which was acquired by Facebook-owned Oculus VR in 2016.

It’s one of the leading suppliers of silicon photomultiplier (SiPM) sensor technology for light-sensing applications. These sensors are used with extremely low levels of light and are deployed across medical imaging, 3D ranging and sensing, biophotonics and hazard and threat detection.

“We built the company making optical sensors that can be used in a whole bunch of different products,” Mr Jackson told The Irish Times.

“We built the business on the back of our involvement in medical imaging, where we developed a key sensor that goes into PET scanners. We’re also active in radiation detection, and three years ago started working on lidar products for the automotive market. This will be one of our core focuses going forward,” he added.

SensL has developed a key sensor that allows a self-driving car to see ahead and determine what is on the road in front of it. A laser is used to scan the environment in and around the car and the SensL silicon sensor picks up the light when it returns. This allows the Lidar device to determine the shape of objects in front of the car.

While SensL’s autonomous car technology was one big attraction for On Semiconductor, Mr Jackson stressed that the buyer was interested in all of its product lines.

“Everyone involved in the company following the deal will still be here and our staff are all really excited about being part of the On Semiconductor brand. I can’t really imagine a better acquirer to help us going forward,” he said.

SensL, which is now led by Bryan Campbell, employs 25 people in Cork. Its clients include the European Space Agency, for which it has won a number of contracts.

The revenue-generating company had previously received about €3.5 million in funding prior to the sale with Delta Partners its first big backer. Other investors included Enterprise Equity Venture Capital and Enterprise Ireland.

The Bank of Ireland-backed Delta fund had a 45 per cent stake in the company prior to the acquisition with management and employees owning the bulk of the remaining shares.

The VC firm provided the initial capital that allowed the company founders to leave their roles and capitalise on research they had done into silicon light sensors. It continued to invest in the companies in the following years as it expanded.

“It is some of the most remarkable technology to be developed and commercialised in Ireland in recent years,” Delta lead partner Dermot Berkery said of the company.

Enterprise Ireland , which has also supported SensL for many years in the development of new innovative technology also welcomed news of the deal.

On Semiconductor said the acquisition would enable it to extend its market leadership in automotive sensing applications for advanced driver-assistance systems and autonomous driving with expanded capabilities in imaging, radar and Lidar.

It intends to combine SensL’s technology with radar technology acquired separately last year in a move that would position it to provide a “comprehensive set of solutions for next-generation highly autonomous vehicles and solidify its position as a leader in image sensing and ultrasonic park assistance”.

“The entire SensL team, founded by Carl Jackson and led by Bryan Campbell, have done a great job in bringing SiPMs to market and we look forward to expanding their market success and continuing their product portfolio in Lidar, medical imaging and radiation detection,” said Taner Ozcelik, senior vice president and general manager, of On Semiconductor ’s Image Sensor group.