How digital disruption is affecting music and news industries

Abundance of the web has shaken up traditional ways of selling 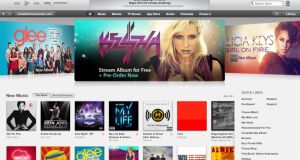 iTunes store: value proposition for consumers was actually the greater convenience of the iTunes/iPod ecosystem over illegal downloading sites rather than the music itself

To get a deeper understanding of how disruption works in the real world, it’s always a valuable exercise to assess the contrasting fortunes of various industries undergoing what appear to be similar forms of disruption.

In the era of digital disruption, two of the classic case studies are music and news media, both of which have been turned upside down in the past 15 years.

The music industry had grown fat after years of relying on the considerable rents to be derived from introducing new music formats every few years, rents that ended up sustaining a bloated apparatus in the shape of record labels whose actual role in the production and distribution of music was opaque and ripe for disruption.

Back when file-sharing network Napster burst onto the public consciousness in the late 1990s, it was clear that the music industry had itself a big, possibly insurmountable problem: the model whereby people paid for music content – going to shops to buy records, tapes or CDs – had suddenly been rendered quaint, inconvenient and, worst of all, expensive.

Apple helped to solve that problem in the first instance with the introduction of the iTunes music store.

But the record labels were fooling themselves if they thought the success of the iTunes store established that people were willing to pay for music. Instead, the value proposition for consumers was actually the greater convenience of the iTunes/iPod ecosystem over illegal downloading sites rather than the music itself.

Seen in this light, the huge success of streaming sites such as Spotify is an inevitability, as they offer greater convenience again. Thus, I’m very sceptical about the jeremiads from music industry types about the grave threat posed by streaming services.

The threat is to their revenue stream rather than music itself, but the revenue stream they had grown dependent on was built upon the basis of inconveniencing their customers, through the introduction of new formats every decade or so.

Let’s be clear: people will always write and perform music, no matter what sort of business model exists for the music business, because the incentives are not purely financial. Creative people have a habit of creating things whether there’s much money to be earned or not.

The second classic case study, the news media industry, has been disrupted in ostensibly the same way as the music business over the past 15 years, but a closer examination shows how its disruption is fundamentally very different.

The news media business grew fat on years of selling newspapers and magazines to readers and selling those readers’ attention to advertisers, rents that ended up sustaining a bloated apparatus in the shape of large media corporations.

But from there the disruption endured by music and news media begins to diverge. For one thing, journalism never had a Napster moment: it never faced an early, stark illustration of how its revenue stream was going to be disrupted.

Instead, the rise of the web and then mobile made it apparent that the status quo was unsustainable.

It was not convenience that threatened revenues, but abundance.

Faced with an effectively infinite amount of rival content, most publishers decided to give their content away.

And where the music industry quickly found itself relying too much on Apple’s iTunes music store, the news media has found itself desperate for attention from Facebook’s News Feed algorithms, which offers readers convenience, sure, but also offers the illusion of fighting overwhelming abundance by offering readers computer-calculated relevance.

Just as the importance of iTunes has waned, I suspect the power of Facebook’s news stream will eventually fade as fresh reading habits are formed.

But the over-reliance on Facebook hints at how the journalism business is being far more thoroughly reshaped than the music industry.

While the music business ultimately will look largely unchanged except for a different distribution and revenue model, journalism is being radically altered from top to bottom, abiding by Marc Andreessen’s famous maxim: “Software is eating the world.”

From the content management systems underpinning the production processes to the technology running the websites and apps, the news media industry will increasingly become a software business offering information rather than, say, apps or games, and that will invariably affect the sort of content produced.

The valuations on digital-native media firms such as Buzzfeed ($850 million) and Vox Media ($380 million) point towards that new reality.

Ultimately, it’s necessary to distinguish between the music and news media businesses and the practice of making music or writing about the news.

Above all, in the coming years, we’re likely to discover that the disruption of the business models may actually lead to the invigoration of the content creation.