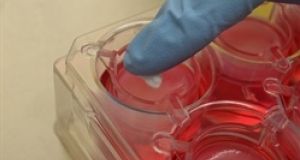 Venn Life Sciences unveiled full-year results for 2018 on Tuesday, which showed the company’s sales dropped to €14.3 million from €17.8 million for the previous year.

Dublin-listed drug clinical trials manager Venn Life Sciences, which is in the process of merging with dealmaker Cathal Friel’s pharma services business Open Orphan, plans to carry out a number of follow-on acquisitions before putting itself up for sale in two to three years’ time.

That’s according to Mr Friel, who became chief executive of Venn with immediate effect five weeks’ ago on the announcement of the deal through a reverse takeover. A reverse takeover is the acquisition of a public company by a private business.

Mr Friel made his comments to The Irish Times after Venn announced on Tuesday that it had agreed to sell £4.5 million (€5.1 million) of shares to bolster its finances as the merger goes ahead and the combined group falls under the Open Orphan name.

Venn shareholders will vote on the reverse takeover and share placement – equivalent to about 32 per cent of the enlarged group – on June 27th in London.

Venn also unveiled full-year results for 2018 on Tuesday, which showed the company’s sales dropped to €14.3 million from €17.8 million for the previous year.

The revenue drop, together with a €2.2 million charge taken against intangible assets, resulted in a net loss of €4.8 million for the year.

“The year to 31 December 2018 has been challenging for the company with a need to closely monitor cash resources; a trend that continued into 2019, notwithstanding the cash realised from the recent disposals of investment assets,” said Mr Friel.

However, he told The Irish Times that a number of new contracts that were on hold – as customers were concerned about the state of Venn’s balance sheet – are now expected to go ahead in the coming months.

“The end market opportunity for Open Orphan is the growing orphan/rare drug market and the need for consultancy services, particularly in Europe, to launch these products,” analysts in London-based stockbrokers Arden, joint broker to Venn, said in a recent report.

“This market is significant; 58 per cent of all new drugs coming to Europe are orphan designated and the biotechs and small pharma companies do not have the internal resources to develop these products in-house.”

Arden said that the drug regulatory approval and reimbursement processes are complex in Europe, given the number of different agencies operating across the EU.

Mr Friel said that stock in Open Orphan will provide a currency for further mergers and acquisitions before the company ultimately puts itself up for sale in two to three years’ time. A large pharmaceutical consultancy company would be the most likely buyer.

1 Bank leaked my loan request to family who tried to rip me off
2 Suspicions rife as key Brexit trade talks begin in Brussels
3 Life as a Facebook moderator: ‘People are awful. This is what my job has taught me’
4 Corona beer firm reeling after 8% slide due to coronavirus
5 How well paid do you think you are? Here’s how to work it out
6 Coronavirus: ‘All bets are off’, says aircraft industry chief
7 Coronavirus: Iseq down 11% in five days as global sell-off is worst week since 2008 crisis
8 Digicel plots network-sharing deal amid ‘tight’ cash levels
9 Why Irish banks are now looking beyond vulture funds on problem loans
10 Irish companies restrict travel over coronavirus fears
Real news has value SUBSCRIBE