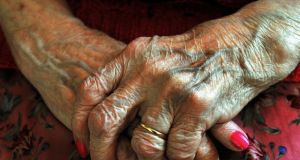 Nursing home group Brindley Healthcare has added to its portfolio with the purchase of a nursing home in Co Kildare. Photograph: John Stillwell/PA

Nursing home group Brindley Healthcare, which secured a €10 million investment earlier this year from UK venture capital firm Business Growth Fund, has added to its portfolio with the purchase of a nursing home in Co Kildare.

BGF’s Irish business, which was set up in 2017 and led by former IBI Corporate Finance executive Leo Casey, secured a 30 per cent stake in Brindley as part of its investment, announced in January, to fund the nursing home group’s planned aggressive expansion.

The acquisition means the group, one of the largest privately-owned nursing home groups in Ireland, now owns and operates nine homes with a combined capacity of over 500 beds located in counties Donegal, Galway, Mayo, Kildare and Laois. Chief executive Ms Torrens set up in 2000 with a 35-bed facility in Co Donegal.

BGF provides what is known as “patient capital”, whereby an investor is willing to make a financial investment with no expectation of immediate returns.

The group has invested in more than 275 companies in the United Kingdom and launched a dedicated fund for Ireland in late 2017 with up to €250 million to invest in small and medium enterprises.

Brindley was the Irish unit’s first investment. The Ireland Strategic Investment Fund, AIB, Bank of Ireland and Ulster Bank are all investors in the group, which targets equity investments of between €1 million and €10 million.