Integumen and Cellulac set to combine with a £7.5m share placing in the pipeline 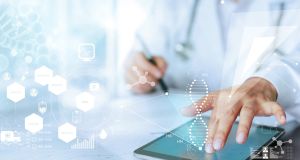 Integumen was set up in 2016 and bought out a healthcare products business from Venn Life Sciences. Photograph: Getty Images

The transaction is essentially a reverse takeover. Integumen is listed on London’s junior AIM market while Cellulac is a publicly limited company with 35 shareholders, although it is not traded on any public exchange.

In a market update on Monday, Integumen said the enlarged group would “focus on biodegradable plastic ingredients, cosmetics and human-grade food supplements”.

The new product line would allow the enlarged group replace all of its existing packaging for cosmetics and oral care with biodegradable packaging. The directors think the deal will “bring a strong, well-established management team to the enlarged group”.

The deal would “allow the enlarged group to . . . [meet] demand for products with biodegradable plastic packaging”, said Integumen.

If the deal goes through the current chief executive of Cellulac would take over the same roles in Integumen. Cellulac is UK headquartered with operations in Ireland.

Integumen chief executive Declan Service has resigned from the board with immediate effect. Its chief financial officer Chris Bell is acting chief executive.

Aside from the reverse takeover, Integumen intends to raise up to £7.5 million by way of a share placing or debt funding.

Integumen was set up in 2016 and bought out a healthcare products business in October from Venn Life Sciences, which is listed in Dublin and London.

Venn provides clinical trials services to pharmaceutical and biotech companies and has an 18.89 per cent stake in the company having retained a stake immediately after the Integumen flotation.