Some 51 people have lost their homes, but banks keeping mum on cause of scandal 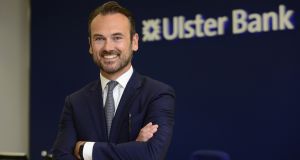 Gerry Mallon of Ulster Bank. Banks have offered apologies but only weak explanations for the overcharging. Photograph: Cyril Byrne

On Thursday, Ulster Bank’s chief executive Gerry Mallon told the Oireachtas finance committee that 14 or 15 account holders may have lost their homes as a result of its failure to meet their contractual obligation to a tracker mortgage.

In total, 2,000 account holders have been identified by Ulster Bank as having been denied a tracker rate in the past.

Last week, AIB told the same committee that 14 account holders may have lost their home while 2,600 customers had been overcharged by being denied a tracker rate.

On Monday, Permanent TSB was hit with a €4.5 million fine for its tracker failure in connection with former subsidiary Springboard.

Last year, PTSB revealed that 1,372 customers of PTSB and Springboard had been denied a tracker rate. Some 22 had lost their homes as a result of this “failure”. PTSB has so far paid out €80 million, of mostly taxpayers’ money, in redress.

Put all of those figures together and you have 51 account holders who have lost their homes and 5,972 who have been overcharged. The number of people affected by this overcharging scandal is a multiple of the figures, as one mortgage account could represent a family of five.

And this is just the tip of the iceberg. We have yet to get figures from Bank or Ireland or KBC Bank Ireland while the Central Bank wrote to 15 lenders a year ago setting out the framework for its industry-wide tracker mortgage examination.

This includes those companies who have quit the Irish market – Danske, ACC, and Bank of Scotland/Halifax among them.

The Central Bank is due to give an update on its examination later this month but it is not clear how much detail will be revealed.

Those banks that have provided details have offered apologies but only weak explanations as to the reasons for this overcharging.

Was it a systems failure, or badly drafted or vague generic contracts? Or was it a deliberate decision by lenders, who were in turmoil after the global financial crash, to bully people away from trackers onto more expensive products?

The Central Bank was right to force lenders to review their mortgage books, but more needs to happen. This scandal arguably requires a dedicated hearing from an Oireachtas committee that would not only call lenders to account but would provide a platform for borrowers to air their stories. It’s time to hear from both sides in this scandal.