Some 55,000 homeowners behind with mortgage repayments in September

By end of the month lenders had repossessed 801 private homes, down from 837 in June 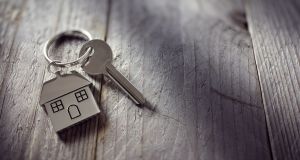 The total of overdue loans was 1,344 fewer than three months earlier and 6,354 lower than at the same point in 2019, the Central Bank said. Photograph: iStock

The bank said Covid-19 mortgage payment breaks had helped ease the number of borrowers who had fallen behind with their home loan repayments during the three-month period.

Separately, borrowers owed €16 billion in arrears on 98,521 buy-to-let mortgages, with more than 13,300 of them two months or more behind on their repayments.

Lenders had repossessed 801 private homes at the end of September, down from 837 three months earlier. Over that period, the courts ordered five homes to be repossessed while borrowers surrendered 30 homes. The banks sold 71 of the properties that they had taken over during that time.

Rent receivers took control of 152 buy-to-let properties during the third quarter of the year, bringing the total number of homes under their charge to 5,322 at the end of September.

Homeowners in the Republic owe banks and other lenders a total of €98 billion in mortgages on 733,301 properties, the numbers show. The arrears represent 8 per cent of that.

Non-bank lenders held 57 per cent of the overdue mortgages, but accounted for 13 per cent of all home loans in the State, according to the Central Bank.

Close to 4,000 homeowners agreed new mortgage repayment deals with their lenders to tackle arrears during the three-month period. This brought the total number of restructured home loans to 76,305.

By the end of September, 7,938 homeowners faced legal action from lenders seeking repayment of the arrears due on the properties.

The Central Bank said 5,466 of these cases have been in the legal system for two years or more, while 2,304 have been going through the courts for more than five years.

“The majority of mortgage accounts in arrears are not currently subject to legal proceedings,” the bank said.