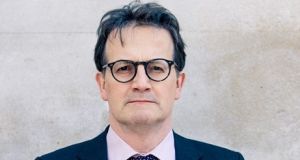 UK investment group Smith & Williamson has given its Irish management the task of doubling the size of the business, as the group prepares to float in London, according to sources.

The plan will involve scores of new hires in addition to the company’s current staff of about 70 people spread across two offices in Dublin, they said.

It is understood that Smith & Williamson, which offers tax advice, private client investment management and funds administration, is planning to apply to the Central Bank for a second so-called MiFID (Markets in Financial Instruments Directive) investment firm authorisation as it deals with the fallout from Brexit.

Smith & Williamson’s investment management business, which has €550 million of assets under management for clients including high-net-worth individuals and charities, is currently run as a branch of its UK bank. Its funds business has an additional €800 million of assets in Dublin-domiciled funds.

The UK group pushed into Ireland in 2008, when it merged with Oliver Freaney & Company, a Dublin-based firm of accountants, tax and business advisers. It subsequently went on to head-hunt a number of staff from Irish brokers – including Cedric Callaghan Cruise and Frank Brennan from Goodbody Stockbrokers and David Morrissey from Davy – to build up its investment management business. The Irish operation is led by managing director Paul Wyse.

A spokesman for the company declined to comment on plans for the Irish operation.

The company has previously signalled that an initial public offering (IPO) may occur in the second part of 2019. Sources said the Irish management team will be expected to have pressed on with their expansion mandate well ahead of the IPO.

Smith & Williamson’s co-chief executive David Cobb said in an interview with Citywire Wealth Manager that the company’s new business plan to 2025 includes a replacement of old IT systems and reorganisation of a collection of business units “to make sure it is organised in a way that’s easy to understand” for market investors.

Mr Cobb also signalled that that the company may use a stock market listing as a way of striking takeover deals.

“As and when the timing is right, there are a lot of interesting consolidation opportunities in our industry, and we are constrained with our capital structure – the only resource we have to draw on is that of our employees,” he said in the interview. “There are certainly transactions which might be good, but for which we don’t have the financial resource. The stock market provides you with a currency to raise additional funds.”