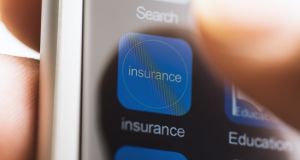 The collapse of Setanta Insurance has left 60,000 drivers with the same renewal date: April 17th.

The collapse of Setanta Insurance is leading to renewal chaos for van drivers as more than 60,000 of them have the same renewal date – April 17th – the date that Setanta policies ceased to be active.

“The ongoing Setanta saga continues to have ramifications for its unfortunate policyholders . . . This causes nothing short of chaos in the market,” said Jonathan Hehir, managing director of insuremyvan.ie.

“The situation is ludicrous. Some of the affected drivers are actually still waiting for their Setanta claims to be paid. Due to the nature of the cover many of those who had claims were out of work for a certain period following an accident, theft, etc, as they used their van for work.”

The Irish Times reported in January that the cost of the open insurance claims with Setanta would be between €87.7 million and €95.2 million, but that the liquidator would only be able to meet 30 per cent of those costs.

Last October the Supreme Court heard an appeal by the Motor Insurers’ Bureau of Ireland against a decision that it is potentially liable for claims brought against the collapsed insurer. However, it’s not clear when the Supreme Court will deliver its judgment on the matter.

Prior to the commencement of the Supreme Court case, the Insurance Compensation Fund would have met the third-party claims up to a limit of 65 per cent and a ceiling of €825,000 per claimant.