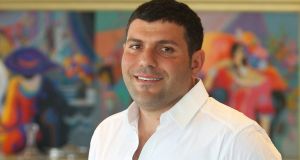 The Central Bank of Ireland may have stymied the attempt by Israeli gambling technology tycoon Teddy Sagi to move into financial derivatives trading by opposing his Playtech bid for Dublin-registered Ava Trading, but the billionaire clearly didn’t want the Irish financial regulator to have the last word, judging by a statement from Playtech this week.

Sagi’s company agreed the takeover earlier this year of London-listed trading company Plus500 for £460 million, also signing a $105 million deal for AvaTrade, which is controlled by Israeli investors, although its corporate headquarters is at the Five Lamps in Dublin’s north inner city.

The deals would have taken Playtech into risky CFD spread betting and foreign exchange trading, but the UK’s Financial Conduct Authority scuppered the Plus500 deal last month over “certain concerns”, while the CBI opposed the AvaTrade deal for unspecified reasons.

AvaTrade walked off with a $5 million non-refundable deposit from Sagi’s firm, although the Israeli appealed the CBI’s decision to an Irish Financial Services Appeals Tribunal.

It turns out, in a notice published on Wednesday, that Playtech has won its appeal “on the grounds of error in the CBI’s decision-making process”. The matter went back to the regulator for a new decision, but Playtech threw in the towel anyway and finally withdrew its bid.

The reason for the regulatory opposition has not been clarified, but Israeli media drew attention to Sagi’s conviction for securities fraud in his home country 20 years ago.

He admitted to the charges and expressed remorse at the time, but perhaps regulators never forget.

1 Penneys will not reopen on Monday despite expected changes to lockdown rules
2 Angela Merkel sweeps in to save the euro zone
3 In six months we will be in the grip of a 1980s-style recession
4 Cycling made easier with an Irish-made electric bike
5 Don’t expect a bonanza for Ireland from the EU’s €750bn recovery cash
6 Should my mam wait for house prices to drop before buying?
7 Pandemic payment may be tapered based on previous earnings
8 State’s tourism taskforce wants changes to school holidays to boost ‘staycations’
9 Irish company MyBio to sell 10-minute Covid-19 antibody test
10 Ryanair to process all Covid-19 refunds within 10 weeks, Michael O’Leary says
Real news has value SUBSCRIBE